Jamie-Lynn Sigler has apparently found new love with the son of an imprisoned sports star. Out with the Sopranos mob but in with the sports world troublemakers? 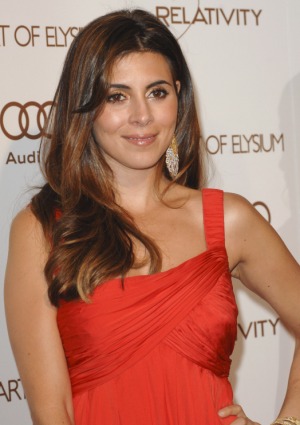 Jamie-Lynn Sigler is reportedly in love with a man named Cutter — Cutter Dykstra to be exact! Word has it the Sopranos actress and the baseball player, son of fallen baseball star Lenny Dykstra, have begun a sweet romance together.

An unnamed source spilled the news Cutter Dykstra and Jamie-Lynn Sigler are a couple, reporting they have been dating “for a few months, and things are going really well.”

They went on to add, “I haven’t seen her this happy in a long time.”

Though no official confirmation of the new love has been made, Cutter Dykstra recently tweeted the following message to Jamie-Lynn Sigler after the pair spent time together in Florida: “Had an amazing time with you, i miss you so much. The last week flew by.”

The budding romance is likely a welcome distraction for Cutter, whose father, Lenny Dykstra, is currently serving out a three-year prison sentence. The former Major League Baseball center fielder was charged with 25 misdemeanor and felony counts of grand theft auto, identity theft, filing false financial statements and possession of cocaine, ecstasy, and the human growth hormone Somatropin, in June of 2011.

Just two months later Lenny Dykstra was charged with indecent exposure after reportedly placing ads on Craigslist requesting a personal assistant or housekeeping services in an apparent ruse to lure women to his home. Once they arrived victims allege they were informed the job also required massage service, and then Dykstra would disrobe and expose himself.

Jamie-Lynn Sigler hasn’t always been so lucky in love. The actress wed A. J. DiScala in 2003, opting to change her last name to his because she is a very “traditional girl,” but the pair split in 2005. Post-divorce she was in a relationship with Jerry Ferrara, who played Turtle on Entourage, as well as had a romance with New York Jets quarterback Mark Sanchez from late 2009 to 2010.

What do you think Tony Soprano would have to say about Jamie-Lynn Sigler’s new beau, Cutter Dykstra?