CMT’s reality show, Texas Women, is gearing up for its action-packed second season. What can you expect from downhome beauties Ali Dee, Anna Hunt, Brooke Jeter and Hannah Helvey? Let’s just say they are roping in some major fireworks. 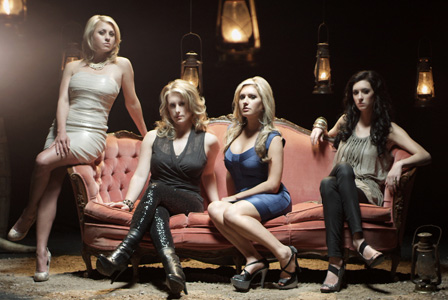 As the saying goes, everything is bigger in Texas — including the hair, heels and the drama!

The gals of Texas Women aren’t your typical Real Housewives. They rope cattle, breed bucking bulls and barrel race, all while recording their newest country song. The second season of CMT’s reality show is back and better than ever. Ali Dee, Anna Hunt, Brooke Jeter and Hannah Helvey prove why everything is bigger (and possibly better!) in Texas.

“This season is a lot more depth about personal situations, relationships and real life stuff,” says Hannah in the Texas Women season two preview. Hannah is the single party girl of the group, and this season she tries to juggle her modeling career with her new boyfriend.

Things haven’t been smooth between Hannah and the other girls — especially with barrel racer Brooke Jeter. The two had a big blow-out at the end of the season.

“I get out of control this season,” confesses Brooke. The fight was reportedly because Brooke accused Hannah of having an affair with the executive producer of the show — who happens to be married and has a 4-month-old baby. 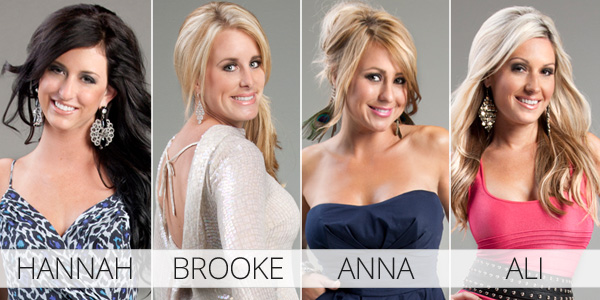 Brooke and her husband, rodeo star Jason Jeter,  are also trying to decide if they should start a family and have a little Texas tot running around.

Let’s not forget Anna Hunt, who is a stock contractor on the rodeo circuit and living in a loft in the city with Hannah. Will the stress of her high-pressure career get the most of her?

“We work hard in our industry, but at the end of the day, we are girlfriends and we come together,” Hannah tells MSN. “I think the best part of this show is that we’re all really down-to-earth. That’s really Texas — everybody has a slower pace.”

What can we expect from the aspiring country singer and Dallas Mavericks television host Ali Dee in season two? The Texas beauty continues to work hard in her pursuit of being the next country superstar, but she is also wondering if she should settle down and get married.

“We are definitely showing what it’s really like to be a Texas woman this season,” says Ali. “We’ve taken it to the next level times a million.”

The Texas gals do not want to be confused with that other reality show. “With the Real Housewives, all they do is shop, or raise their kids or tell the nanny to raise their kids,” says Hannah. “We’re not afraid to get dirty, work hard and go out at night and look good.”

“We were level two last year,” proclaims Ali. “Now we are a level billion.”

There will also be some newcomers to stir up some drama! Stay tuned for the second season of Texas Women on Saturday, April 7 at 9 p.m. EST on CMT.