Camille Grammer won’t be back for another season of The Real Housewives of Beverly Hills. Was it her decision or did Bravo give her the boot? 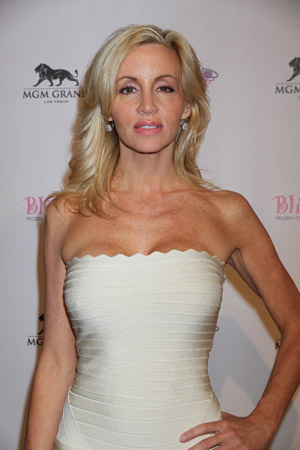 Camille Grammer would like to set the record straight: She was not fired from The Real Housewives of Beverly Hills, no matter what you think.

“I was not fired,” Kelsey Grammer‘s ex told E! News on Monday. “I didn’t want to expose my personal life so much anymore. I had done that and was over that. I care very much for my family and children and that show tends to take me away from them. I really want to focus on them right now.”

“I just chose to keep most things private in general. I’m in a good place and I’ve had such an interesting experience and such a learning experience being on this show. I’ve really enjoyed my time working with the girls and I will miss the camaraderie. I enjoyed the producers and Bravo. I’m upset about that part.”

Sure, we totally buy that. Methinks the lady doth protest too much.

Rumors emerged after the announcement that Andy Cohen and the gang decided to part ways with her after she refused to showcase boyfriend Dimitri Charalambopoulos and her kids on the show.

“There were things that she didn’t want to talk about: kids, family, her personal life. Bravo wanted that. She said no,” her publicist, Howard Bragman, said. “It was 100 percent her decision. Bravo seems to be going out there saying it was mutual. It’s just not true.”

Also, Grammer would like you to know that she was 100 percent not fired.

So, basically, she was fired.

Will you miss Camille Grammer on The Real Housewives of Beverly Hills?