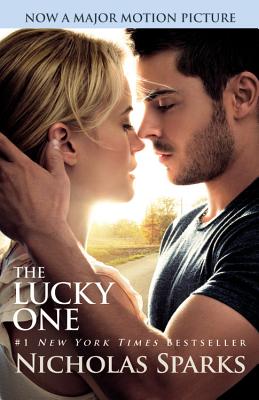 When serving in Iraq, Logan Thibault discovers a photograph of a pretty young woman half-buried in the sand. When none of his fellow Marines recognizes it, Logan slips the picture into his pocket. From that day on, his life changes for the better, and he and his best friend believe the photo is a lucky charm. Back home, Logan tries to adjust to civilian life but just can’t stop thinking about his lucky lady. Finally, he trusts his heart and travels to North Carolina to meet the mysterious woman named Beth and thank her for keeping him safe. Once he talks to her, he’s smitten and holds off telling her his story until he’s had a chance to woo her. Meanwhile, Beth’s ex-husband descends into jealousy, and Beth begins to think Logan is a stalker — making Logan feel assured that all is lost. Will his luck hold out long enough to win him the love of his life? Nicholas Sparks is the master of modern romances and The Lucky One will not disappoint his fans. The movie starring Zac Efron, Taylor Schilling and Blythe Danner opens in theaters on April 20.

Bonus read: Fans of romance mixed with a touch of magic should try Garden Spells, by Sarah Addison Allen, which is also set in North Carolina. 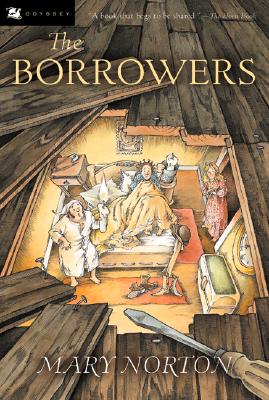 Since the early 1950s children have been charmed by the Clock family, created by Mary Norton. When you can’t find a rubber band, pen cap or eraser that you know was on the table before you went to bed, it’s likely that it was taken by a Borrower. Borrowers are little people who live in the walls and under the floors of your house and survive by using the small things that most human beans (as they call us) won’t miss. They live in secret, so the big people will leave them in peace. But staying hidden is difficult for Arrietty Clock, who at 14 is a bit of a tomboy and loves a good adventure. One night, during a borrowing mission, she is accidentally discovered by The Boy who lives in the house. Fortunately the two teens become friends, and Arrietty convinces her parents that they’re perfectly safe. At first all is well, but soon the Clocks find themselves in grave danger. The Borrowers, the first in Norton’s series, stands the test of time and will quickly become a family favorite for readers of all ages. The American version of the animated movie, titled The Secret World of Arrietty, is in theaters now. The characters are voiced by Bridgit Mendler, Carol Burnett and David Henrie.

Bonus read: If you and your family like classic children’s fantasies, try The Indian in the Cupboard by Lynne Reid Banks.

The Girl with the Dragon Tattoo 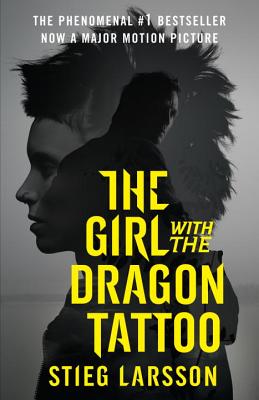 Thanks to 21-century technology, it is now possible to solve crimes committed decades ago — even those with seemingly few clues, if you can find the right investigator. In the 1960s, Henrik Vanger’s niece disappeared from the family estate in northern Sweden never to be seen again. Although the police found neither perpetrator nor body, they assumed the young woman was murdered and the suspect was a member of the family. Vanger, now reaching the end of his life, hires journalist Mikael Blomkvist and data cruncher Lisbeth Salander, hoping they will finally discover the killer and bring closure to the family tragedy. Unfortunately the pair (who have just met) are both damaged goods, and their personal issues affect their working relationship and their focus on the case at hand. Stieg Larsson weaves a complex tale of danger, family secrets and misogyny. The Girl with the Dragon Tattoo is a dark mystery that includes elements of psychological thriller with heart-thumping action. The U.S. version of the movie, starring Daniel Craig, Rooney Mara and Christopher Plummer, is now out on DVD/BluRay.

Bonus read: If you’re looking for a Scandinavian mystery that’s a little less graphic, read Camilla Läckberg’s The Ice Princess — the first in her Patrik Hedström and Erica Falck series.

A Night to Remember 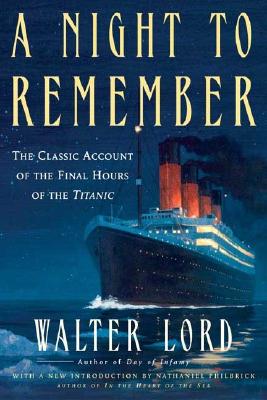 Published four decades after the Titanic hit an iceberg on April 14, 1912, A Night to Remember remains one of the definitive true accounts of the tragedy that has captured the hearts and minds of millions of people around the world. Walter Lord gives an almost minute-by-minute account of the disaster — relating acts of heroism and cowardice, with moments of miracles and horror. We learn with heavy hearts how some lifeboats made room for pets and were released only half full, whereas others were so crowded they almost swamped. There is no sugar-coating of the vast class divisions among the passengers. While hundreds of people were trapped in steerage, first- and second-class passengers were already being rowed to safety. It is from this masterful work that we have gleaned our most lasting images of that tragic April night: the captain on deck, the band playing, men in tuxedos bravely awaiting their fate, and The Unsinkable Molly Brown keeping spirits up. A Night to Remember is the perfect title to honor the 100th anniversary of the sinking of the Titanic. The 1958 film, available on DVD, is a moving and straightforward account that stays true to the facts — starring Kenneth More, Ronald Allen and Robert Ayres.

Bonus read: For another nonfiction account of the Titanic, pick up Richard Davenport-Hines’s Voyagers of the Titanic, which focuses on the people who were directly connected to the ill-fated ship.

A Game of Thrones 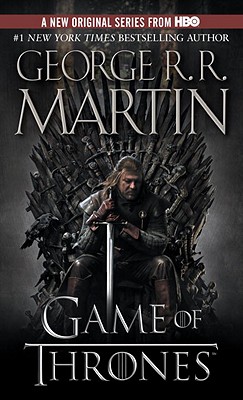 A Game of Thrones is the first book in George R. R. Martin’s epic Song of Ice and Fire cycle. The setting is the Seven Kingdoms — a land affected by ancient tales, clashing religions, longstanding powerful families and shifting loyalties. The king who sits on the Iron Throne is never at ease. Enemies and incipient rebellion can come unexpectedly from any corner — including within one’s own family. This complex story is told from rotating points of view, which provides a wide perspective of the action. Don’t be misled by the label fantasy. Although there are some fantastical creatures, the series is set squarely in a medieval world. This is a solidly written saga of political intrigue, war, and families — that will appeal to readers who like multilayered tales with realistic characters. This adult book doesn’t flinch from the harsher realities of a world divided between lords and peasants. The series has been adapted by HBO, and the large cast includes Lena Headey, Emilia Clarke, Kit Harington and Peter Dinklage. Season 1 (based on A Game of Thrones) is available on BluRay/DVD. Season 2 (based on A Clash of Kings) airs on HBO this month. Check your local listings for dates and times.

Bonus read: If you are looking for more epic fantasy, read The Wheel of Time series by Robert Jordan, which starts with The Eye of the World.

Fiction meets non-fiction: A mash-up
Red hot book of the week: A Breath of Eyre
Read it first: March’s books to read, then see the movie