Who wants to play Carrie White? The teen is best known for murdering her school’s student body, while being slathered in pig’s blood. She also has telekinetic powers and isn’t afraid to use them. For the upcoming remake, two young actresses are vying for the famous role. 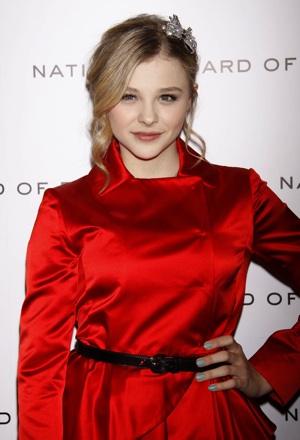 Carrie‘s back! The horror icon is heading to the big screen — again. Acclaimed director Kimberly Peirce has narrowed down the candidates for the lead in her adaptation of Stephen King‘s novel.

Two actress have fought their way to the front of the line and they’re Chloë Grace Moretz (Hugo) and Haley Bennett (The Haunting of Molly Hartley). One of these talented ladies could fill the shoes of Academy Award winner Sissy Spacek, who played the role in Brian De Palma’s 1976 film.

Aside from Carrie herself, the most critical character in the novel is Margaret White. Margaret’s an abusive religious fanatic, who’s also Carrie’s mother. Piper Laurie portrayed her in the ’76 version and received an Oscar-nomination for her daring performance.

For the remake, it’s been reported that Peirce is interested in Jodie Foster and Julianne Moore for the part. Could you imagine either of them as Margaret? They’re both extremely talented and could put their own spin on the character.

Once they nail down the female leads, we wonder who they’ll cast as unlikely ally Sue Snell. Or mean girl Chris Hargensen? And who can forget bad boy Billy Nolan, originally played by John Travolta?

Who do you think should play the new Carrie and Margaret White?