Watch your back, Obama. Madonna’s got her eye on the presidency, and knows just what she’ll do first if ever given the title. 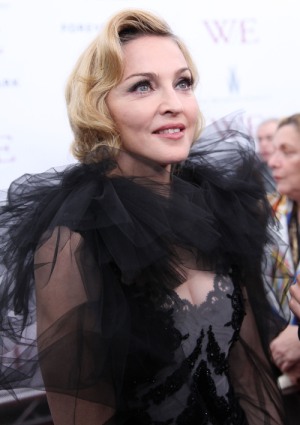 When Madonna is President the world will be a better place — teachers will be happy, gay marriage will be legal and grinding 53-year-olds will never be censored. Hurrah?

Madonna, in true forthright style, didn’t shy away from listing what she’d change about our country when asked by a fan during a recent live Facebook chat.

“Well, when I am the president, I will first of all take all the money spent on defense and put it into education, so that schoolteachers get paid more money,” declared the Material Girl. “It’s scandalous how low their pay is.”

Continuing to detail her presidential plans Madonna added, “Gay marriage would be legal everywhere and accepted. There would be no restrictions whatsoever on any of my videos, ever.”

The decree comes after the single mother-of-four‘s video for her MDNA track “Girl Gone Wild” was deemed too hot for general YouTube viewership. The video, which features the 53-year-old writhing and gyrating sans pants along with a bevy of male dancers, requires users to verify they are at least 18 years of age before playing.

An exasperated Madonna went on to say, “I’m supposed to be a girl gone wild in the video! How could you go wild and not grind? This is the question that people should be asking.”

“Some things never change,” commented a rep for the singer. “This is a throwback to when MTV refused to show ‘Justify My Love’ [in 1990].”

Seems that what Madonna wants even more than to “so badly to be good” is for the world to loosen up a bit!

Would you approve of Madonna as president?