Miley Cyrus engaged? Check out a close-up of the sizable sparkler some believe boyfriend Liam Hemsworth gave to his young lady love! 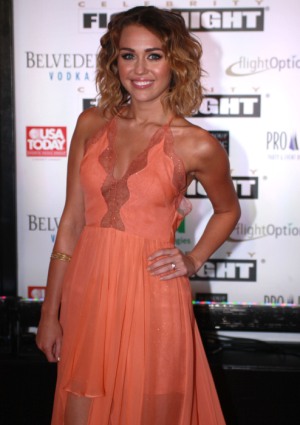 Rumors Miley Cyrus is engaged to beau Liam Hemsworth may not be true, but they do prove one thing: This teen knows how to play the press like a pro. Surely the appearance of a diamond ring on the singer’s wedding finger the night before her boyfriend’s movie wasn’t coincidental!

Thursday Miley Cyrus‘ ring popped up on the web via Twitter. Along with a photo of her hand including the new jewel (to show off her nails, you see) the 19-year-old tweeted, “I am sooo obsessed with @jennahipp nail foundations!”

“I’m so excited, this year has just been amazing and Liam deserves it,” Miley Cyrus gushed of Liam Hemsworth recently in regard to The Hunger Games‘ premiere. “There’s so many people out there that I think don’t even know what he’s capable of and I can’t wait until people see it!”

“He loves making movies and it’s not about any of the fame or anything else other than he just loves filmmaking,” she added. 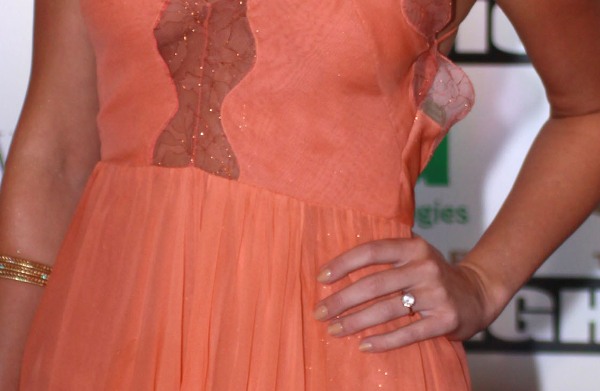 Despite the obvious love between the pair, who met while filming The Last Song in 2009, it appears a Cyrus/Hemsworth wedding is not in the works. A source described as close to the former Hannah Montana star told Us Weekly the ring, while thoroughly stirring up the gossip pot, is not an engagement ring.

Do you think Miley Cryus’ “engagement” ring was a publicity tactic?