Happy to see Kim Kardashian flour-bombed? You’re not alone! One group claims no responsibility for the attack, but admits that this succeeded while their approach failed. 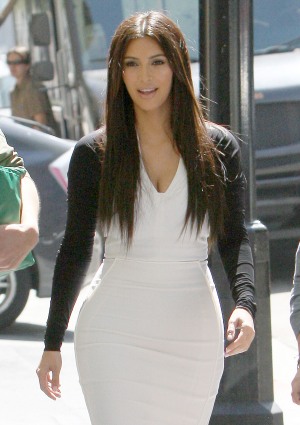 When word broke the Kim Kardashian flour-bomber made a comment about wearing fur, we knew it was only a matter of time before PETA showed up with their take on the attack. No surprise here, People for the Ethical Treatment of Animals can see why it came down to this!

The Kim Kardashian flour-bomb attacker made no secret of why she dumped a bag of white powder on the reality star. Reports claim the mystery woman shouted, “Fur Hag!” dropping the bakery bomb heard round the gossip world.

A rep for PETA claims they had no part in the attack, stating to TMZ, “It was not [us]. We were given the video by an anti-fur activist on the scene.”

Nonetheless they admit polite attempts to reach the fur-clad reality star have been entirely unsuccessful. “PETA has tried everything from polite letters to public protests, but Kim Kardashian has not been moved by the news that animals are beaten, electrocuted and even skinned alive for real fur garments,” the rep went on to say. “Whoever threw that flour may reach her when our polite appeals did not.”

Kim Kardashian’s flour-bombing did little to slow down the star. Thursday evening she dusted off the attack and was back on the carpet for her fragrance launch just 10 minutes later. Friday, the once again clean and curvaceous star showed up in a form-fitting dress (seemingly devoid of fur) in Los Angeles.

Speaking of the incident she posed this puzzler to TMZ, “If you’re trying to promote nonviolence towards animals … why are you trying to be violent towards humans?”

Is PETA right to applaud the Kim Kardashian flour-bombing in your book?