Maria Bello works hard for her money. The talented actress will once again grace the small screen for Fox’s new drama Touch. She’ll join Kiefer Sutherland in a recurring role as a mother who knows a thing or two about “special” children. 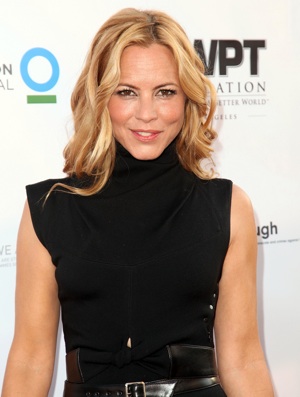 You can’t keep a good woman down. Months after the cancellation of Prime Suspect, Maria Bello has already found a new gig. The actress will appear alongside Kiefer Sutherland on Fox’s Touch.

According to Deadline, Bello will play “an earth-mother type whose daughter shared a gift similar to that of Martin’s (Sutherland) son Jake (David Mazouz).”

Bello will appear in multiple episodes with the option to become a series regular if Touch returns for another season.

Thursday night, Fox aired the show’s second episode, which pulled over 11 million viewers and a 3.2 in the 18-49 demographic. If Touch maintains those numbers, we definitely see a renewal in its future.

Over the past two years, Bello has made quite a splash on television. In 2010, she appeared in two episodes of Law and Order: SVU as recovering drug addict Vivian Arliss, and most recently she headlined NBC’s Prime Suspect. The latter received plenty of critical praise, but couldn’t get the ratings the network wanted. NBC officially shut down its production last November.

Touch was created by Tim Kring (Heroes) and centers on a man whose young son can predict the future. It co-stars Danny Glover as Professor Arthur Teller, an expert on gifted children and Gugu Mbatha-Raw (Undercovers) as Clea Hopkins, a social worker sent to evaluate Martin and Jake’s living situation.

What do you think of Bello and Sutherland teaming up for Touch?