Geraldo Rivera is known for his outspoken ways, but he might have stepped over the line on Friday when he said 17-year-old shooting victim Trayvon Martin’s hooded sweatshirt was to blame for his death. 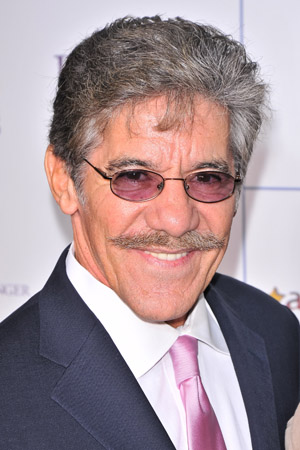 Geraldo Rivera has made a career out of saying controversial things in the name of journalism. However, the Fox host outdid himself on Friday when he commented on Trayvon Martin and the campaign to arrest the man who shot him, George Zimmerman. Basically, Rivera said that Martin would still be alive if he wasn’t wearing a hooded sweatshirt while walking back from the 7-11 near his home in Sanford, Florida on Feb. 26.

“[I] am urging the parents of black and Latino youngsters particularly to not let their children go out wearing hoodies. I think the hoodie is as much responsible for Trayvon Martin’s death as George Zimmerman was,” he said Friday on Fox & Friends.

“When you see a black or Latino youngster, particularly on the street, you walk to the other side of the street. You try to avoid that confrontation. Trayvon Martin, you know God bless him, he was an innocent kid, a wonderful kid, a box of Skittles in his hands. He didn’t deserve to die. But I’ll bet you money, if he didn’t have that hoodie on, that nutty neighborhood watch guy wouldn’t have responded in that violent and aggressive way.”

“sorry @GeraldoRivera, what i gotta stroll around rocking a tux 24 7 so I [sic] can put others who are ignorant at ease? what about the OTHER side of that coin?” The Roots drummer Questlove tweeted.

“How about parents drill into their kids that not everybody is “on drugs” (how does zimmerman know that Tray was “high on drugs”? that far away from his house? ice tea makes you walk staggering drunk? im sorry, i respect you but i have to disagree. youre basically saying there is a dress code for black & latin youth to put others at ease.”

Comedian Aziz Ansari wasn’t so forgiving. “It’s really appropriate to tweet this any day, but seriously — F**k you Geraldo,” the Parks and Recreation star tweeted, adding that “Somewhere the 5 people that have any respect for Geraldo just said — ‘I’m disappointed in you Geraldo.'”

Comedian Patton Oswalt added to the dissent with his signature biting sarcasm. “Hoodie? Oh Geraldo, the way you’re battling the irrelevance that long ago vanquished you is ADORABLE,” he tweeted.

President Barack Obama also got into the Trayvon debate on Friday, demanding a full investigation by local, state and federal authorities.

“My main message is to the parents of Trayvon Martin: If I had a son he’d look like Trayvon. They are right to expect that all of us as Americans will take this with the seriousness it deserves,” Obama said during a Friday press conference. “I think every parent in America should be able to understand why it’s absolutely imperative we investigate.”

Rivera isn’t backing down on his viewpoint, though he tweeted that his son was among those who disagreed with him.

“My own son just wrote to say he’s ashamed of my position re hoodies-still I feel parents must do whatever they can to keep their kids safe,” he added.

Where do you stand? Was Geraldo Rivera correct in his comments about hoodies?