Britney Spears, Janet Jackson, LeAnn Rimes, Avril Lavigne — and now, Fergie? The singer admits to having talks about filling a seat on the Fox reality competition. 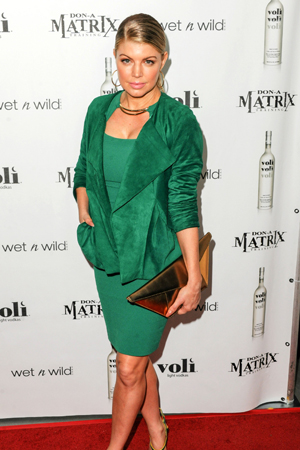 Yes, another contender for a judge’s seat on The X Factor has just been revealed: Black Eyed Peas’ diva Fergie confirms that she has been in talks with the show’s producers to join Simon Cowell and L.A. Reid and jump in on all the fun for the upcoming second season!

She admitted the hidden discussions to Access Hollywood and also explained that this isn’t the first time she has been asked to get involved in the show, according to The Hollywood Reporter.

“I know there were talks last season and this season,” Fergie said. “Simon [Cowell] said before [that] timing is everything.”

Will she be signing on? Unfortunately, she too turned the offer down.

“It’s not the right time for me,” she explained. “I love Simon and I love the show. It’s just that last year, nor this year, do I have the time to commit to that sort of commitment because I would be somebody who would really throw myself into it, as I do with all my projects… It’s just not fair to the contestants and their careers — that’s their career — to not be full in.”

Looks like her only X Factor involvement will be occasionally catching an episode between all those projects that she currently has on her plate. Try again next year, Simon — third time’s a charm!