Pass the tequila! The Hangover Part III is heading to a theater near you. The third installment in the comedy franchise has an official release date. Unfortunately for Phil, Stu, Doug and Alan, the new sequel marks the beginning of the end. 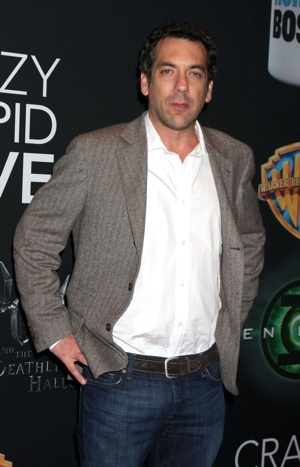 Director Todd Phillips has an announcement to make: The Hangover franchise is coming to a close. The next film, The Hangover Part III, will be its swan song.

The first Hangover hit theaters in 2009. It was produced for $35 million, carried an R rating and was headlined by unknown actors. So imagine Warner Bros.’ surprise when the film earned $44 million its opening weekend.

Overall, The Hangover grossed $467 million worldwide. With a tally like that, a sequel was inevitable.

In 2011, Phillips and actors Bradley Cooper, Zach Galifianakis, Ed Helms and Justin Bartha all returned for The Hangover Part II. Like its predecessor, it was a box office hit raking in over $581 million worldwide.

Financially, the sequel was more successful than the original, but critically it suffered. Part II was just a retread of the first film with a different location. Thankfully, for the next one, Phillips plans to break the monotony.

According to The Hollywood Reporter, the director has an ace up his sleeve.

“We’re going to surprise a lot of people with the final chapter we have planned,” Phillips said. “It will be a fitting conclusion to our three-part opera of mayhem, despair and bad decisions.”

Phillips is writing the screenplay with partner Craig Mazin, who co-wrote Part II. The plot is being kept under wraps but rumors suggest the film will take place in Los Angeles. The first was set in Las Vegas, and the second was stationed in Thailand.

The Hangover Part III opens in theaters May 24, 2013. Like Part II, it will take full advantage of the Memorial Day weekend. Drunkards rejoice!