The topic of bullies has finally risen above the play yard banter and into the consciousness of parents and caregivers across America. But now, the question remains, what can we do to make a difference? 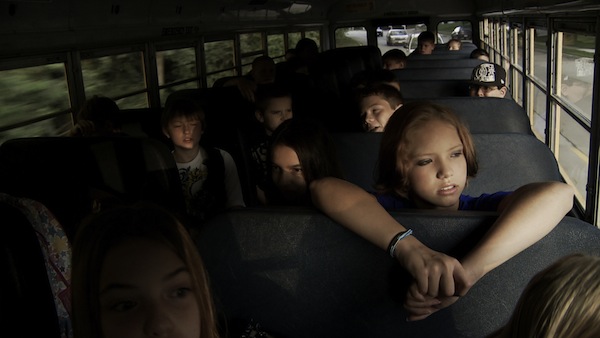 The new documentary Bully, hopes to bring just the opposite momentum to light, one about anti-bullying. The touching tale of life and death aims to prove how devastating the impact of what some used to pass off as “schoolyard teasing” can be to students, parents and teachers alike.

Directed by documentary filmmaker Lee Hirsch (Act of Honor, The Last and Only Survivor of Flora, Amandla! A Revolution in Four Part Harmony), the story follows five families through the course of one school year. The filmmaker himself was a victim of bullying throughout his childhood.

Two families are suffering from the loss of children due to suicide. One mother struggles with life now that her 14-year-old daughter is serving time after trying to transport a gun on the school bus.

According to the film’s website, an alarming number of statistics around the problem shed light on the issue. Thirteen million kids in the United States will be bullied each year. Three million students are absent each month because they feel unsafe at school.

The question becomes, how can we as parents fight against this age old problem? The filmmakers track the response to this growing issue that perhaps has always been there, but now, parents, teachers and students are joining together in hopes of preventing the issue from destroying more lives.

In order to create awareness for the documentary and its cause, the filmmakers have started an anti-bully campaign on Twitter. Use the hashtag #BullyMovie, if you’d like to join the movement.

A number of Hollywood stars have spoken out about their support of the film. Johnny Depp signed on to give his support. Ellen DeGeneres has devoted time to speaking about the documentary on her talk show Ellen. Clothing designer Tommy Hilfiger is set to design an exclusive T-shirt inspired by the film’s poster.