Penn Badgley is drawing lines between The Hunger Games and Occupy Wall Street. See why the actor thinks the two are so very much alike. Is he right? 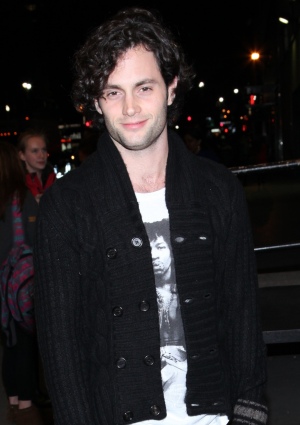 Penn Badgley is a huge fan of The Hunger Games. The Gossip Girl actor, an outspoken supporter of the Occupy Wall Street movement, even believes there are ties between Suzanne Collins’ novel and what’s happening in the world today.

“It’s the one percent [killing the kids],” Penn Badgley explained of The Hunger Games‘ plot, which centers around The Capitol’s rich citizens watching children from other “districts” fight to the death for entertainment. “I think you’d have to be blind to not see that. I was shocked to see all that in there.”

“I thought it was just going to be the games,” Penn Badgley said of his presumption about The Hunger Games. An idea that turned out to be true — but also so much more than the 25-year-old anticipated.

Continuing to explain his reaction to watching the movie Penn Badgley added, “But then I realized, and I thought, ‘If this doesn’t end in revolution, it’s irresponsible, because of everything it’s bringing up.’ If Katniss doesn’t become a f*****g revolutionary, then I don’t know what they’re doing. And as it went on, I went, ‘F**k! That’s what they’re doing!’ Which is cool.”

One has to wonder, if Penn Badgley was just introduced to The Hunger Games through the film, has he not read Suzanne Collins’ books? There’s a whole lot more this Gossip Girl actor is going to love if it’s revolution he’s got a taste for!

Do you see ties between The Hunger Games and Occupy Wall Street as Penn Badgley does?