The legendary Gene Simmons of KISS is definitely not a fan of today’s music — or, more accurately, today’s standard of music. Worst offender? Rihanna! 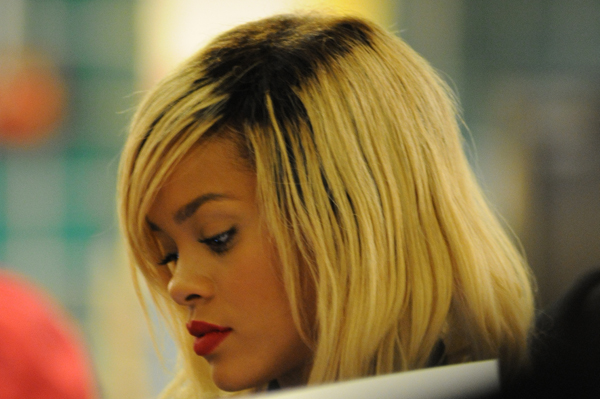 Sure, music has changed a ton over the past couple decades. Though sentimental rock ballads used to rule the Billboard charts, today’s radio stations are constantly spinning electronic dance music with catchy hooks. And when it comes time to actually perform live, so many singers are emulating Madonna’s Super Bowl performance and stuffing the stage with dancers instead of their own voice. Are you sick of it yet?

Gene Simmons is speaking out — and slamming a major pop star in the process. At a press conference in Hollywood yesterday to promote KISS’ upcoming tour with Mötley Crüe, the rocker made known his opinion of the “fake” act that is today’s standard, sadly.

“We’re sick and tired of girls getting up there with dancers and karaoke tapes in back of them,” Simmons said, according to E! News. “No fake bulls***. Leave that to the Rihanna, Shmianna and anyone who ends their name with an A.”

“No disrespect to Rihanna, she’s a great singer, but we’re in a slump for some s*** that has some personality and appeal beyond a bunch of pop stuff that’s floating around out there,” Lee told Billboard.com. “I’m glad he said that actually because I don’t think I can bear watching another f*****g award show that is just a little bit better than American Idol. It’s f******g pathetic to watch people go out and f*****g karaoke with a bunch of lights and video.”