Carnie Wilson is giving weight-loss surgery a second try. The singer has undergone a second procedure aimed at helping her drop some major pounds — and so far, so good! 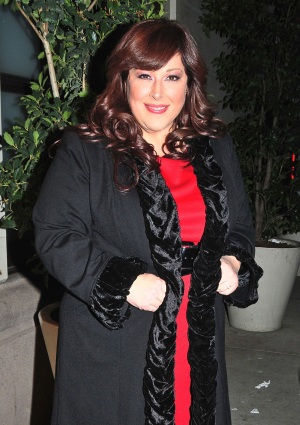 Carnie Wilson’s weight-loss journey has taken a new turn. The singer has chosen to undergo a second weight-loss surgery in a quest to slim down and improve her health.

News of Carnie Wilson‘s second surgery comes just over three months since the 43-year-old went under the knife. On Jan. 18 the Wilson Phillips singer underwent lap-band surgery, which uses a silicone band placed around the stomach to create a pouch the size of a golf ball.

Carnie Wilson is addicted to everything >>

“It was the right decision for me and I’m doing really well so far,” Wilson told People. “It’s all about taking good care of myself.”

It was in 1999 that Carnie Wilson first chose surgery in a bid to control her weight. After undergoing a gastric bypass procedure the singer, who once weighed over 300 pounds, shed 150 pounds and dropped to a size 6 dress.

Since then Carnie Wilson has become a mother, welcoming daughter Lola in 2005 and Luciana in 2009. “Having children derailed me a bit,” Wilson commented last year of her weight struggles. “I’m just frustrated with these pounds.”

In 2010 Carnie took a turn working as a spokesperson for The Fresh Diet, but was fired from the position after the company found out she was also marketing her own line of cheesecakes.

“We had to take her off the corporate website because she has not been a successful case. She didn’t stick to it, and she didn’t lose weight. We had to cut ties with her,” a publicist for The Fresh Diet said. “Carnie was promoting her cheesecakes while she was supposed to be only eating our three meals and two snacks a day.”