The daughter of Zsa Zsa Gabor is heading to court to gain conservatorship over her ailing mom, who she claims is being drugged and isolated by her prince of a husband. 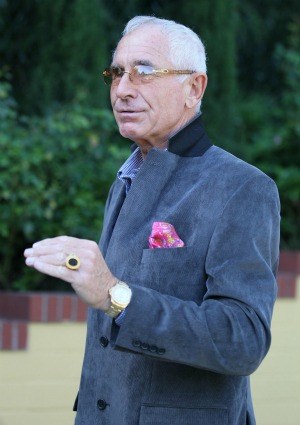 Zsa Zsa Gabor is being held prisoner by a husband who is sucking her bank accounts dry, claims the star’s daughter — and she will no longer stand idly by and let it happen.

Constance Francesca Hilton filed a petition for conservatorship of her mother’s affairs in a Los Angeles court Tuesday, accusing her stepfather Frederic Prinz von Anhalt of keeping her mother “increasingly isolated” and heavily sedated” while totally cleaning her out.

“What Ms. Hilton is seeking here is for the court to make sure that Zsa Zsa’s best interests are not being sacrificed for the selfish interests of anyone involved in Zsa Zsa’s life,” Hilton’s lawyer Kenneth Kossoff said.

Hilton claims that von Anhalt is keeping Gabor heavily sedated and not giving her the proper care she needs, saying that during the only two times she was allowed to visit in recent months Gabor had “remnants of some bedsores” and “lesions” on her face.

“I also believe that my mother now may suffer from a loss of intellectual and emotional faculties, which may be induced by the medication my mother is being given,” Hilton stated, adding that Gabor is unable to feed or dress herself and cannot understand her medical options.

As far as the money goes, Hilton accused von Anhalt of abusing his financial privileges by taking out a loan against the $10 million home the couple shares, despite already being unable to pay the mortgage and there being a prenup in place completely separating their financial affairs. In fact, Hilton said her mother “never allowed her husband to access her funds.”