The Hunger Games are just around the corner. Katniss, Peeta and a slew of other kids are getting ready for the fight of their lives. But before the Games begin, check out this clip of Australian actor Liam Hemsworth as Katniss’ confidant Gale. 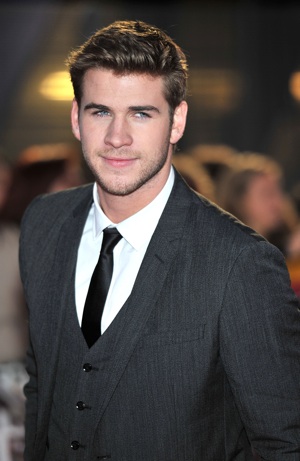 The Hunger Games opens in theaters this Friday and we can barely contain ourselves. Thankfully, Lionsgate has released a new clip from the film featuring Katniss Everdeen (Jennifer Lawrence) and her best bud Gale Hawthorne (Liam Hemsworth).

The Hunger Games takes place in Panem, which is where North America used to be, and consists of 12 districts. Every year, the Capital stages a competition where boys and girls ages 12-18 are forced to participate. It’s called The Hunger Games and while 24 enter only one exits.

Last week, we got a sneak peek at contestant Peeta Mellark (Josh Hutcherson), who revealed his undying love for Katniss during a broadcast interview.

Why would he announce something so personal? It’s a marketing ploy. During the Games, tributes are forced to participate in PR stunts to keep the public’s interest. It’s the only glamorous part of the process.

In the following clip, we get to see the dark side of the event. Katniss has to say goodbye to her friend Gale before joining the Games. She’s worried she doesn’t have what it takes to win, but he gives her some words of encouragement. Katniss is a talented archer and hunter and Gale believes she has an advantage.

Katniss takes aim at the competition >>

Watch Katniss and Gale’s farewell below:

We don’t know about Katniss, but Gale’s sultry eyes sure cheered us up!

Are you pumped for The Hunger Games?