Britney Spears was at last night’s taping of Dancing With the Stars, but she wasn’t there to perform. Find out why she cheered on one of the contestants from the stands. 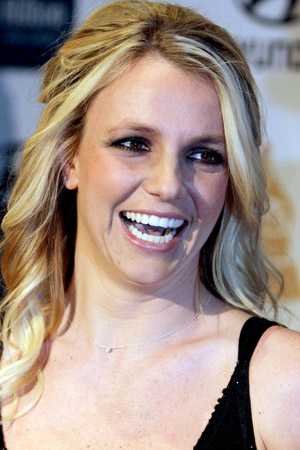 Britney Spears might still be in negotiations to judge The X Factor, but she was on the set of another talent competition Monday night — Dancing with the Stars. The 30-year-old pop princess was in the audience to cheer on her friend, Camp Rock star Roshon Fegan.

“She was so complimentary and nice, so genuine,” his partner, Chelsie Hightower, told Access Hollywood. “It was a thrill to meet her and how nice of her to come and support Roshon.”

“Just went to Dancing with the Stars to support Jason’s friend Roshon Fegan,” Spears tweeted after the show. “He is so cute! And wow can that boy dance!”

Fegan isn’t the only one with a high-profile dancer in his corner. Singer Gavin DeGraw got some advice from last season’s winner, J.R. Martinez.

“He said, ‘I’ll be waiting here. Have a good show. Don’t let me down,'” DeGraw, 35, joked after the show. The “Not Over You” singer admitted he was nervous about the whole thing. “I felt like my feet were, like, two feet off the floor the whole time. It was really surreal for me because of the nerves.”

The nervousness showed — judges commented on his lack of general dance skills, giving him a score of 21 out of 30. He’s planning to get better though, so he can fill in the “missing link for me” in his stage performances.

“Practice more,” he said of their post-show plans. “Our schedule has been pretty tough, with pretty girls such as [partner] Karina Smirnoff.”