How ticked are you over Michael Bay’s plans to change up the Teenage Mutant Ninja Turtles? If this has become the focus of your pop culture attention, Bay says you need to settle down — he’s not ruining anything. 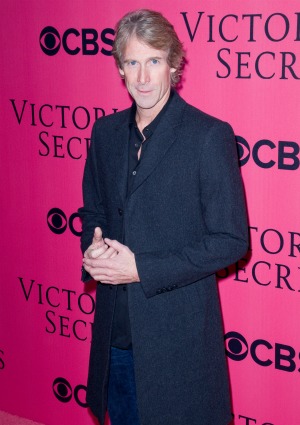 Michael Bay says the firestorm of criticism directed at him by fans over plans to change the mythology of the Teenage Mutant Ninja Turtles is misguided. Why? He’s said he is expanding the story, not changing it.

Fans have come out in droves against the Transformers director’s plans to tweak the backstory of the beloved kids’ characters to make the turtles into aliens, including one voice actor who posted an open letter to Bay on his website.

“You probably don’t know me but I did some voice work on the first set of movies that you are starting to talk about sodomizing,” wrote Robbie Rist.

“I know believing in mutated talking turtles is kinda silly to begin with but am I supposed to be led to believe there are ninjas from another planet? The rape of our childhood memories continues…”

But Bay, who Megan Fox once compared to Hitler, said this whole thing is being blown way out of proportion. “Fans need to take a breath and chill,” he said in a statement. “They have not read the script. Our team is working closely with one of the original creators of Ninja Turtles to help expand and give a more complex backstory.”

“Relax, we are including everything that made you become fans in the first place,” he continued. “We are just building a richer world.” A richer world of alien turtles who become mutated by Earth’s atmosphere?

Tell us: Do you think Michael Bay will ruin the Ninja Turtles forever?