Katniss’s dress isn’t the only thing ablaze in The Hunger Games, whose tickets are already selling like wildfire! This may be the hottest movie of 2012 and SheKnows is pretty sure you won’t want to be left out in the cold… 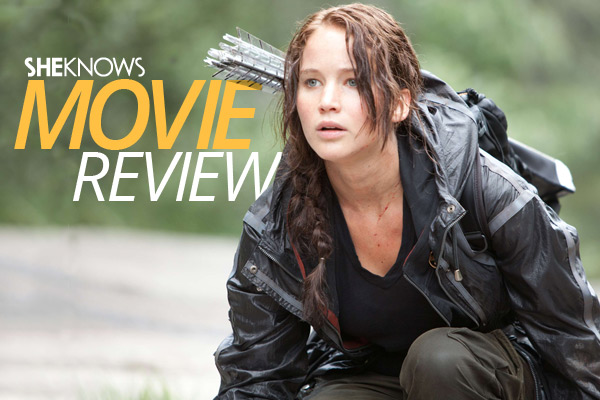 Wikipedia defines Bread and Circuses (from the Latin, panem et circenses — and also the inspiration for the name of our story’s location, Panem) as being “a metaphor for a superficial means of appeasement” and “the basic Roman formula for the well-being of the population, and hence a political strategy unto itself.” Author Suzanne Collins wrote the young adult novel The Hunger Games about a dystopian future, where a manipulative government also uses the “bread and circuses” model to appease its mostly poor and uneducated citizens. Claiming the Games are retribution for its districts’ past uprisings, they are broadcast on TV as a means of entertaining the populace. The nation goes crazy for this violent, fight-to-the-death sport, and why not? If the reality show Survivor’s biggest penalty is getting “voted off,” who wouldn’t have their eyes glued to a show where 23 of the 24 contestants will die — particularly if it was accepted and even encouraged by our society?

But the dark and barbaric premise of The Hunger Games isn’t what makes this movie riveting — it is the film’s heroine, Katniss Everdeen who compels us to invest our every fiber into her plight. Superb actress Jennifer Lawrence succeeds in powerfully bringing the character on paper to the screen. She is brave — not because she wants to be, but because life has offered her no other choice. Her backstory of losing her father in a coal mining accident and rising to the occasion of caring for her younger sister Prim when her mother becomes grief-stricken, makes for a young woman with deep complexities, strong character and a rock-hard sense of justice. When District 12 names young Prim as its female “Tribute” to fight in the Games, it is no surprise that Katniss volunteers to take her sister’s place. Katniss does so without hesitation, without regrets and without tears. But can she actually win? Her prowess with a bow and arrow is her only hope.

The preparation for the Games reveals the trivial, superficiality of Panem’s “one percenters,” who have much invested in the success of this media-frenzied event. In a stylistic nod to the French aristocracy just before the revolution, Elizabeth Banks plays Effie Trinket in bright, nearly psychedelic colors and gaudy outfits that would excite Lady Gaga. A team of stylists works on Katniss, led by the super-cool Cinna, played by rock-and-roller Lenny Kravitz. His goal isn’t to make her look pretty, but to make her memorable. It seems star-quality goes a long way in this politically-motivated propaganda machine.

The movie really picks up once the Games begin. It is startling to see such adolescent competitors fight to the death, particularly the girls who can be as young as 12. Isabelle Fuhrman plays Clove, one of the 24 “Tributes” with relentless, nearly animalistic fury. Fuhrman gave a spellbinding performance in 2009’s Orphan and is only getting stronger as an actress. Josh Hutcherson plays Peeta as the simple, but ultimately noble third prong of Katniss’ love triangle. Just like on reality TV, everyone wants to watch a love story, but it’s clear back-home-cutie, Gale Hawthorne, played by Liam Hemsworth, hopes Peeta and Katniss are only kissing for the cameras. Though the ending of the film is a bit predictable, even to those who haven’t read the book, the action sequences are breathtaking, deliciously violent and keep you plugged into Katniss’ evolution from country girl to rebellious heroine.

Bottom line:  The Hunger Games will thrill both diehard fans of the novel and those just meeting Katniss for the first time on film. In fact, this is the best movie I’ve seen so far in 2012 — enjoy!