Richard Gere says the movie that made him a household name isn’t even worth remembering. Read on to find out how he slammed Pretty Woman and some of his famous exes. 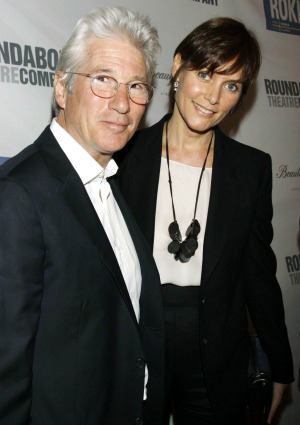 Pretty Woman is one of the most beloved movies of the ’90s — but star Richard Gere called it utterly forgettable.

In a brash new interview with Australian Woman’s Day, Gere ranted about his “silly” movie past — and some misguided relationship choices.

“People ask me about that movie, but I’ve forgotten it,” Gere told the magazine, comparing Pretty Woman to his new flick Arbitrage. “That was a silly romantic comedy. This is a much more serious movie that has some real cause and effect.”

“It made those guys seem dashing, which was wrong,” he said. “Thankfully, today, we are all more skeptical of those guys.”

Next on the actor’s hit list? His string of beautiful, famous partners, including Kim Basinger, Uma Thurman, Priscilla Presley and even former wife Cindy Crawford — without naming them, of course.

“In the 1980s, relationships were all about status,” Gere said.

Speaking of Carey Lowell, his partner of 15 years and mother to their 12-year-old son Homer, Gere said, “She has given me a very clear conscience of what is right and wrong.”

Read on for more Richard Gere