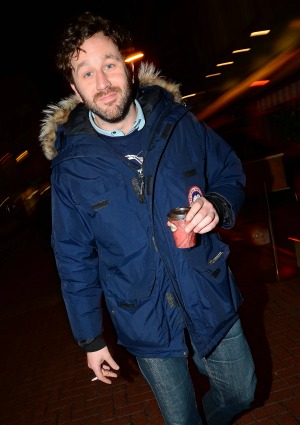 Remember when Megan Fox got fired from the Transformers franchise for comparing producer/director Michael Bay to Hitler? Chris O’Dowd does — but despite a scathing rant against Bay in an interview last week the Friends with Kids star said the press is to blame, not the director.

Last week the Toronto Sun carried an interview with O’Dowd in which he was quoted saying, “Who wouldn’t have a fallout with him?… It’s one of the [most] sexist things I’ve ever seen. She called him an a*****e. Well, he is a f**king a*****e. She’s not the only one who has said that. Why has she been singled out?”

But now the actor claims he was totally misquoted. In an open letter to Bay on his website, O’Dowd said his jibe was aimed at the press, not at the producer.

“Please know this, I never called you an a*****e. For one, I don’t know you, and secondly, in Ireland, we say Arse,” O’Dowd wrote on his website.

“More importantly, I never called you sexist. I was quizzed as to why Megan Fox is considered such a nightmare to work with (which was not my experience when I worked with her twice this year) And what I actually said was; ‘The way the Press gleefully dealt with the firing of a young woman was one of the most sexist things I’ve ever seen. People shouldn’t revel in seeing anyone lose a job. The dismissal of an old male actor would never have been welcomed with the same joy and ridicule.'”

“I’m actually sorry I ever took the bait and got into this at all. I’m totally ignorant about it, I’ve never even had a conversation with Megan about it and was clearly too full of bravado and bereft of subtlety to defend a co-star professionally.”

Tell us: Is Chris O’Dowd sincere or just covering his rear?

29 mins ago
by Giovana Gelhoren

37 mins ago
by Giovana Gelhoren