A model who graced Ed Hardy ads, Penthouse and FHM has been busted for running a huge international drug trafficking ring — but she claims she wasn’t running from the law. 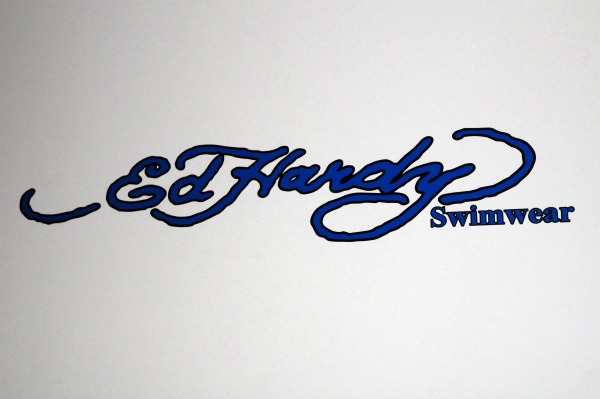 Can you believe it? There actually is a crime worse than wearing Ed Hardy, a bikini model for the much-maligned brand has been popped for drug trafficking.

Simone Farrow has been accused of running a worldwide methamphetamine ring, using 19 different aliases to ship drugs around the world using FedEx and the U.S. Postal Service.

The 37-year-old skipped out on bail over a month ago and was arrested in Australia after an international manhunt — but the model said she was literally running for her life.

Kony 2012 creator caught nude and under the influence >>

“The only reason I’ve done this is because someone was trying to murder me,” Farrow told Australia’s Sunday Telegraph. “I’ve been in… relationships with numerous underworld figures or whatever you want to call them and I feel that maybe they feel threatened by my situation.”

“I wasn’t trying to flee the country at all; I was trying to protect myself from being killed or harmed. “It’s either a person or an organization,” she said. “I will bring [details] to light during the next couple of weeks.”

“Basically I just did what anyone would do — try to protect my life.”

Farrow was once a Penthouse pet and made the FHM Sexiest Women in the World list three times — but soon aged out of her looks-based career and turned to a life of crime to sustain her lifestyle.

Read on for more celebrity justice on SheKnows >>

“It’s not uncommon in the modeling and entertainment industry,” former special agent Brad Garrett told ABC News. “If your skill set doesn’t take you any place else, where’s it going to take you? A quick buck would be distributing methamphetamine. It tells me that she was not that sophisticated, and she may be desperate for money.”