Did a recent print ad for the new season of Mad Men go too far? Some families of 9/11 victims say yes — but the show creator says that accusation is “ridiculous.” 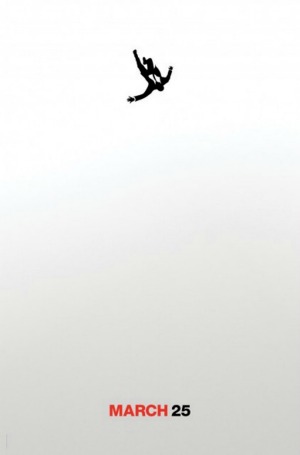 The creator of Mad Men says the comparisons between a recent promo poster and the 9/11 Falling Man are ridiculous — and if anyone is being exploitative, it’s the press.

“I think it’s an excuse for journalists to show that picture again. I do, I think they’re exploiting 9/11,” Matt Weiner told Salon.com. “The thing that I realized was that a lot more people did not know what the show was: That image is the show. It’s been a part of the show since the beginning. To suggest that I’m not reverent to the tragedy is ridiculous.”

“I hate to say it, but a businessman falling out of a window is a symbol that far precedes that event,” Weiner said of the image, which the show has been using in promotional materials since its inception. “What I see are journalists looking for a story, going and confronting these 9/11 victims. It’s like going to Coretta Scott King and being like, ‘Do you hate movies where people play your husband?’ They can trot out that picture again, which was always a controversial picture to someone who lived through it.”

“As someone who was very, very involved in the campaign, and trying to get people to watch the show, I was stunned that someone would try to bring it up again,” Weiner stated.

At least one victim’s family agreed. “I am so worn out by you guys coming to us in order to create a kerfuffle where none exists,” Rita Lasar, sister of victim Abraham J. Zelmanowitz, wrote when asked by The New York Times for comment. “You may think you are being sensitive to our feelings, but in reality you are just using us so you can write a story that refers only to your own feelings.”

Mad Men continues to use the image to promote the new season.