Ashton Kutcher gives new meaning to the phrase, “running from your problems” — the actor has officially signed up for space travel! 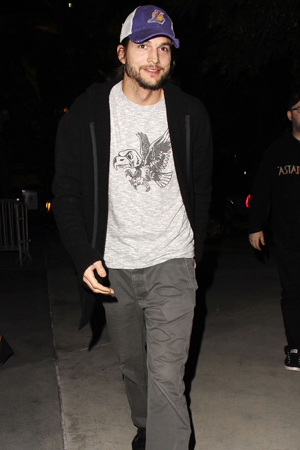 What’s the best way to spend $200,000 in six hours? Forget shopping sprees and Vegas slot machines — Ashton Kutcher has signed up for a seat in space, and it definitely costs a pretty penny!

The Two and a Half Men actor has reserved a spot on the Virgin Galactic consumer spacecraft, according to The Hollywood Reporter. The company has been running test flights of its SpaceShipTwo, which will fly 100 kilometers above the earth’s surface for six hours. In order to secure a seat, a $20,000 down payment is required, while the total price for a ride is $200,000.

“Great news today from our Astronaut Relations team at Virgin Galactic: our 500th future astronaut customer has just signed up!” wrote Branson on the company website. “Even better news is that number 500 is Ashton Kutcher.”

“I gave Ashton a quick call to congratulate and welcome him.” continued Branson. “He is as thrilled as we are at the prospect of being among the first to cross the final frontier (and back!) with us and to experience the magic of space for himself.”

If Ashton is the 500th person to sign up, who will be on the first commercial flight out of this world?

“As you can see from the video, our spaceships are not only very beautiful but are built and flying in the final stages of our exhaustive test flight program,” Branson explained. “We are guided by safety and so will ensure that everything is just as safe as it can possibly be before we start commercial services — particularly as I will be on the first commercial flight with my kids!”