The Walking Dead brought out the big guns for its second season finale. Two characters met their maker, another was stranded and a famous heroine made her debut. There was so much action we could barely keep up! 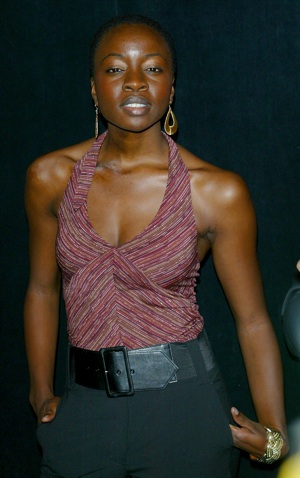 The truth is out. Sunday night, AMC aired the highly-anticipated season finale of The Walking Dead. It was everything fans wanted and more.

At the end of the previous episode, we saw Rick (Andrew Lincoln) and his son Carl (Chandler Riggs) being approached by a herd of walkers. The beginning of the finale titled, “Beside the Dying Fire,” showed where they came from and how they discovered the farm.

The first half of the episode was spent fighting off the zombies. But the group was outnumbered and suffered a few casualties: Patricia (Jane McNeill) and Jimmy (James Allen McCune) were eaten, while Andrea (Laurie Holden) was left to fend for herself.

The rest of the group met up on the highway, and Andrea ran into the woods. She was about to become zombie-chow, when she was saved by a hooded woman wielding a katana sword.

Fans of the comic are familiar with the shrouded figure and know her as Michonne. Walking Dead creator Robert Kirkman revealed the character will be played by actress Danai Gurira.

The Walking Dead rules the ratings >>

Another revelation during last night’s show came from Rick. He finally told the group what Jenner (Noah Emmerich) whispered in his ear at the CDC (Center for Disease Control). They’re all infected. Everyone is a carrier of the zombie gene. That’s why Randall (Michael Zegen) and Shane (Jon Bernthal) re-animated when they were killed.

After letting the cat out of the bag, Rick drew a line in the sand. If the group doesn’t want to follow him the don’t have to. But from now on, it’s going to be a dictatorship. After losing Shane (mentally and physically) he can’t afford any more casualties.

Following his grand speech we got a glimpse of what’s to come. Beyond the highway, the camera zoomed in on the local prison. Things are about to get a lot worse.

The Walking Dead returns to AMC this fall.