Did Gwyneth Paltrow use a ghostwriter to create her cookbook? The actress and The New York Times seem to disagree! 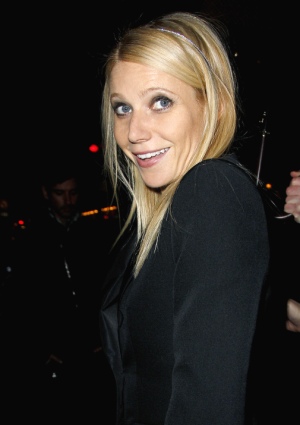 Gwyneth Paltrow may be a lot of things, but a lazy writer she is not! The actress is standing up for her work in My Father’s Daughter, insisting every word contained within was penned by her own two hands.

The defense comes after The New York Times published an article alleging the Goop creator used a ghostwriter to help create the cookbook that honors her late father, Bruce Paltrow.

The article, entitled “I Was a Cookbook Ghostwriter,” reads: “Julia Turshen, who is writing a second cookbook with Gwyneth Paltrow after their collaboration on My Father’s Daughter, began as the ghostwriter for the ghostwriter on a book by Mario Batali, tagging along with a notebook as the chef filmed a culinary romp through Spain.”

Aside from the questionable sentence, the main photo used in The New York Times‘ article is a photo of Gwyneth Paltrow’s book cover.

“Love @nytimes dining section but this weeks facts need checking,” Gwyneth Paltrow posted to her pesonal Facebook page Saturday, “No ghostwriter on my cookbook, I wrote every word myself.”

As of yet, however, The New York Times has issued no retraction or apology for their ghostwriting story.

Gwyneth Paltrow: Apple may be a lipstick lesbian >>

A number of the 39-year-old’s 104,000 Facebook friends have jumped to her defense, posting messages asserting their belief no ghostwriter was involved. “I have your book and I’ve read it,” shared one fan. “There’s no way a ghostwriter could capture every detail as you have written. Beautifully written memoirs in your book [love] it!”

Do you believe Gwyneth Paltrow used a ghostwriter for her cookbook?