Lady Gaga is infamous for her antics, but there’s only one thing she’s done that the megastar’s mother can’t handle — and no, it’s not the meat dress of nightmares past. 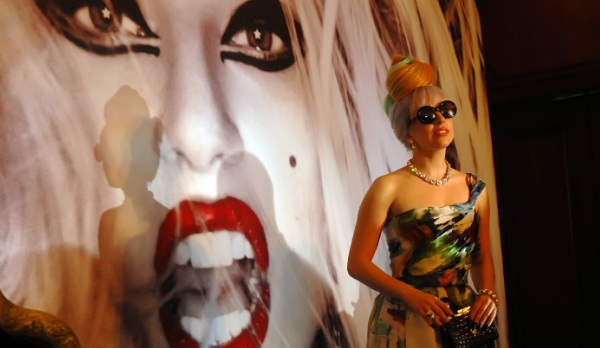 Images of Lady Gaga‘s meat dress may be burned into the minds of the public, never to be forgotten, but it’s a different issue that sets the skin of the singer’s mother crawling. Mama Germanotta has an itch to wash her daughter’s foul mouth out with soap!

Of all the things we’ve seen Lady Gaga do over the years, from arriving at the Grammys in an egg to forgetting her pants in public, it’s the 25-year-old’s penchant for working blue that drives her mother, Cynthia Germanotta, up the wall.

Back when Gaga said ‘gaga’ she was just a baby named Stefani Germanotta, a child raised not to use foul language. Becoming a worldwide sensation seems to have caused the little lady to forget her manners, and her mother can’t stand it.

Lady Gaga’s mom popped into her daughter’s Oprah’s Next Chapter interview and shared, “There’s only one thing I don’t like and she knows what it is.”

“She doesn’t like when I swear,” Gaga interjected. “She agrees with me, she just doesn’t like that I said [those words].”

Oprah inquired if Cynthia Germanotta’s reasoning for hating the curse words is, a tad ironically, that it isn’t “lady like.” The mother of Mother Monster concurred, adding, “I said, ‘You’re effective without it.'”

“I know mommy, I’m sorry,” Lady Gaga replied while giving her mother a pat on the shoulder. “I get so excited.”

Lady Gaga’s mom went on to tell Oprah of her daughter’s early days on stage. “When Gaga started performing — I think it was at Joe’s Pub downtown — she was in a bikini performing with Lady Starlight. She decided that night to actually light hairspray on fire. A lot of people left, and a lot of people stayed and thought it was cool. Her father said, honestly, ‘I think she has a screw loose.'”

Luckily for Cynthia Germanotta, there won’t be any curses coming out of her daughter’s lips in the near future. Lady Gaga has taken a vow of silence!

Which of Lady Gaga’s antics makes you cringe the most?