Rosie O’Donnell’s struggling talk show on the OWN network has been axed — and former staffers say it’s not a moment too soon. 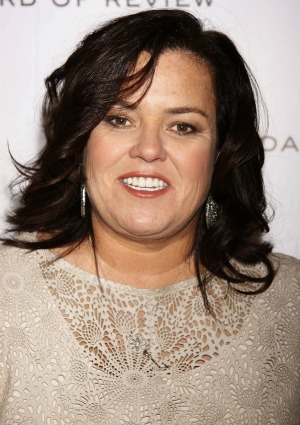 Rosie O’Donnell’s The Rosie Show has been canceled after garnering abysmal ratings on the OWN network, Oprah Winfrey confirmed over the weekend.

“I thank Rosie from the bottom of my heart for joining me on this journey. She has been an incredible partner, working to deliver the best possible show every single day,” Winfrey said in a statement.

“As I have learned in the last 15 months, a new network launch is always a challenge and ratings grow over time as you continue to gather an audience. I’m grateful to Rosie and the dedicated Rosie Show team for giving it their all.”

What went wrong? A lot, according to the show’s crew.

“It was such a f**king hellhole,” one former staffer told The Daily Beast.

The biggest problem? Rosie O’Donnell‘s temper and lack of focus on a format.

In one incident, according to the Daily Beast story, O’Donnell got into a screaming match with a star’s publicist over what could and could not be covered. She embarrassed director Joe Terry by scolding him in front of a live audience for using different camera angle shots than she wanted and frequently belittled the staff members in charge of putting together the show’s games, who were confused over what she actually wanted, according to the Daily Beast piece.

Another mismatch was the show’s bandleader Katreese Barnes. “I just think you can’t develop chemistry and get to know somebody without spending time with them,” Barnes said. “I didn’t spend enough time with her for her to know who I am, because my work speaks for itself. I’m not upset that I don’t know ‘Into the Woods’ by heart. A little heads-up would have been nice.”

But O’Donnell isn’t letting the news get her down — at least, not publicly. In a response to Winfrey’s statement confirming the cancellation, O’Donnell said, “I loved working with Oprah in the amazing city of Chicago. I was welcomed with open arms and will never forget the kindness of all I encountered.”

“It was a great year for me — I wish the show was able to attract more viewers — but it did not. So I am headed back to my home in New York — with gratitude. On we go!”