After weeks of waiting, The Vampire Diaries returned to The CW last week! Paul Wesley explains what’s next for Stefan and Elena — if anything. 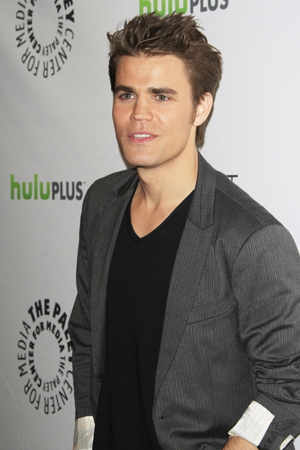 The last episode of The Vampire Diaries left fans hungry for more — just before a month-long hiatus! Thankfully, the show returned to The CW last week, and so much happened to the crew in Mystic Falls.

If you missed it, OK! magazine gave us the rundown on exactly what happened last Thursday night. The episode, entitled “1912,” flashes back a hundred years to reveal one of the most shocking twists of the series thus far.

E! caught Paul Wesley in time to comment on the exciting episode that we still can’t get over, since his character Stefan failed to control his bloodthirsty urges — thanks to Damon’s persuasion. But maybe it’s actually a good thing in the long run?

“The more he deals with moderation, the closer he grows to Elena,” Wesley explained. “He was so involved in his own darkness, he didn’t have any time for romance. As the episodes progress, the audience is going to see Stefan maybe becoming more like he was season one and two, sort of the romantic lead hero.”

Despite this hope, Wesley teases that a scene from episode 18 will be epic.

“It’s one of those things where they look at each other say, ‘Hey, maybe this is too late. Maybe it’s too late to actually salvage this.’ I think it’s two people who really love one another very deeply getting to a place of resolution about the fact that there may be no hope,” he said. “They have to conquer that. And I’m not saying they do because they certainly don’t. I’m filming episode 21 right now and it’s not like they’re a lovey-dovey couple. But what I’m saying is the more truthful they are about what has happened, the more grim it is. But at the same time, it’s more intimate because they’re sharing these truths with one another.”

Will Stefan and Elena finally end up together, or will she choose Damon in the end? Wesley has his own opinion on the matter. “I think Stefan should potentially have a love interest with someone who’s maybe just as dark as he is at times.”