Her interview with Oprah Winfrey airs this upcoming Sunday, and it’ll apparently be her last words for a while. Why the self-imposed silence, Gaga? 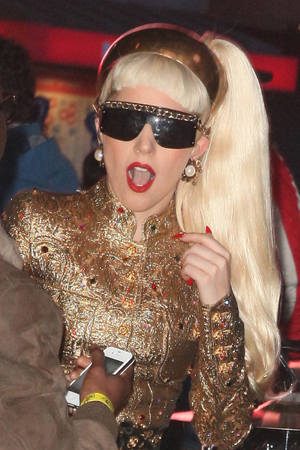 Lady Gaga, pop icon and Queen of the Twitterverse, has always been vocal to the press about her opinions on multiple topics, from anti-bullying to her bulimic past. However, her upcoming intimate interview with Oprah Winfrey marks her last words, because she has nothing else to say to the media, reports SFGate.

As part of her OWN series Oprah’s Next Chapter, Winfrey sits down with Gaga — also known as Stefani Germanotta — and her mother at their home in New York. The host also accompanies Gaga and mother Cynthia to Harvard as they launch their charity, the Born This Way Foundation.

It is in the previously-taped interview that the star announces her self-imposed silence.

“Other than this interview, Oprah, I do not intend to speak to anyone for a very long time,” she warns. “No press, no television, if my mom calls and says, ‘Did you hear about…’ I shut it all off.”

How will she defend herself against the harsh criticism that is written about her, whether from the media or the likes of other celebrities like Madonna? Gaga’s solution for that has always been quite simple: “I don’t read a d**n thing.”

Winfrey’s interview with Lady Gaga on Oprah’s Next Chapter will air this Sunday, March 18 at 9 p.m. EST on OWN.