The filmmaker behind the KONY 2012 viral video, Jason Russell, was caught naked in San Diego on Thursday night in a bizarre incident. Read on to find out what happened. 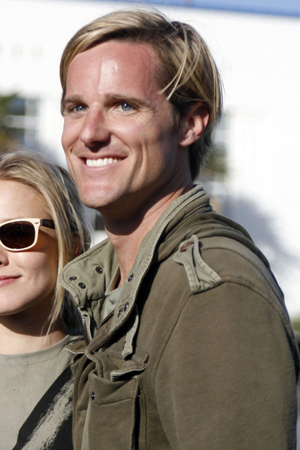 Perhaps his behavior is a result of the intense scrutiny of the organization he helped build? The organization has been deeply criticized for over-simplifying the complex issue of Ugandan child slavery. Also, many are questioning the financial ethics of the non-profit.

Russell and the Invisible Children team told NBC’s Today Show that their hearts are in the right place and that the response has been more than positive.

“It’s a human story. We’re all human beings,” he told Ann Curry of the video, currently sitting at 80 million views on YouTube alone. “We’re humans first. This brings it back to the core issue — we’re living on a planet… and we can connect each other and we can protect each other.”

As for actually catching Kony? He admitted they don’t have the knowledge to actually do it.

“We have had over half a million action kits ordered. They are constantly asking, demanding, ‘What are we doing now?'” says Russell in response. “It’s because in math, you don’t start with calculus… There’s complex issues in the world. Kony’s not. He’s 1+1. We can all agree with that. We can all agree together we’re gonna stop him this year.”

Not if you’re sitting in a jail cell yourself, Jason.

Update: Invisible Children released a statement on Russell’s arrest, taking a page out of Lindsay Lohan and Demi Moore‘s playbook:

“Jason Russell was unfortunately hospitalized yesterday suffering from exhaustion, dehydration, and malnutrition. He is now receiving medical care and is focused on getting better. The past two weeks have taken a severe emotional toll on all of us, Jason especially, and that toll manifested itself in an unfortunate incident yesterday. Jason’s passion and his work have done so much to help so many, and we are devastated to see him dealing with this personal health issue. We will always love and support Jason, and we ask that you give his entire family privacy during this difficult time.”