Thanks to Flavor Flav, Vegas’ showgirls are about to fill out their g-strings a little more generously. The rapper turned restaurateur has opened a fried chicken take-out restaurant near the strip! 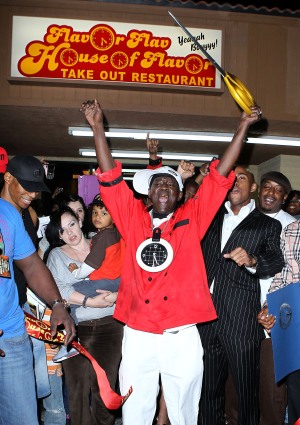 An announcement regarding Flavor Flav’s House of Flavor notes the new restaurant is not associated with the former eatery, despite the continued use of the star’s own homemade fried chicken recipe.

“Well, first of all it’s the seasonings that I use,” Flavor Flav explained of what makes his chicken better than the rest. “And second of all, it’s the way that I fry my chicken. If you take Church’s Chicken, Kentucky Fried Chicken, Popeyes’ chicken, you gotta know their secret is the breading that’s around the chicken. If you peel that breading off, you may taste some of the seasonings from the breading, but it’s really like boiled meat.” 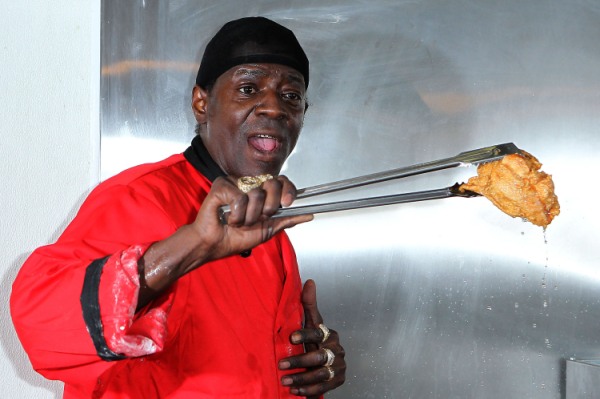 He continued, “Now, the secret with my chicken is I season my chicken first real good, then I send it to straight to unflavored flour, and I let the seasonings from my chicken season the flour when it’s fried, that way when you bite into my chicken, you get that double flavor explosion… Mine is double good, theirs is singly good.”

Other items on the Flavor Flav’s House of Flavor menu include collard greens, macaroni and cheese, mashed potatoes, biscuits and what sounds like a new food invention: Red velvet waffles.

Are you game to give Flavor Flav’s House of Flavor a try?