You might know Kate Walsh best as Dr. Addison Montgomery on Private Practice and Grey’s Anatomy. However, the 44-year-old actress has appeared in a number of other TV shows, films and theater productions. Read on to learn more about Walsh, — host of The Lounge — her previous work, current life and upcoming projects. 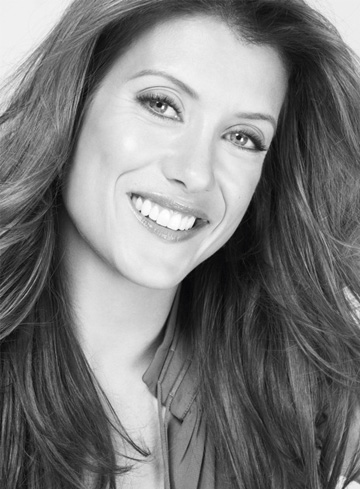 Currently, Kate Walsh stars as Dr. Addison Montgomery on the ABC drama Private Practice — a spin-off of Grey’s Anatomy. Walsh made her first appearance on Grey’s back in 2006 and her character was so popular that ABC, along with writer and creator Shonda Rimes, decided to create a spin-off based solely on Addison. Private Practice, which also stars Tim Daly, Audra McDonald, Amy Brenneman, Taye Diggs and Paul Adelstein, premiered in September 2007 as the highest-rated new series of the season. Currently in its fifth season, the show has continued to meet great success.

During Walsh’s two seasons on Grey’s Anatomy, the show took home a Screen Actors Guild (SAG) award for “Best Ensemble” in 2007 and received ensemble nominations from both the Screen Actors Guild and the Hollywood Foreign Press Association in 2006 and 2008, respectively.

On the big screen

You might have caught Walsh on the silver screen too. She was last seen in the supernatural thriller Legion, starring opposite Paul Bettany and Dennis Quaid. Up next, Walsh will be starring in the film The Perks of Being a Wallflower. The movie also stars Paul Rudd and Emma Watson. Walsh plays the mother in this story about a young boy coping with first love, the suicide of his best friend and his own mental illness while struggling to find a group of people with whom he belongs.

Walsh also recently co-starred in Angels Crest opposite Thomas Dekker, Mira Sorvino and Jeremy Piven. The film is an independent thriller centered on a small town dealing with the tragic death of a young boy.

Back to the theater

In the summer of 2010, Walsh returned to her theater roots and appeared in an Off-Broadway production of Dusk Rings A Bell, alongside Paul Sparks and directed by Sam Gold. The play opened to rave reviews at New York’s Atlantic Stage 2 and ran for approximately six weeks.

In November of 2010, Walsh launched her own self-financed beauty company, Boyfriend®. In a partnered launch with the Home Shopping Network (HSN), Boyfriend® sold out in a record-breaking 30 minutes. In February 2011, Walsh launched Boyfriend® with Sephora stores nationwide as the exclusive retail partner, where it climbed the ranks to become a top 10 seller. Her second fragrance, Billionaire, launched on HSN and in Sephora in February 2012. You can find out more about the brand at YourBoyfriend.com.

Walsh began her acting career in Chicago where she studied at the renowned Piven Theatre Workshop. Walsh then starred in multiple theater productions at the Shakespeare Repertory, including the critically acclaimed Born Guilty, Moon Under Miami and Troilus and Cressida. She then moved to New York and appeared on various television shows, including series regular roles on The Mike O’Malley Show (ABC), Mind of a Married Man (HBO) and The Drew Carey Show (ABC).

In 2005, Walsh co-starred opposite Will Ferrell and Robert Duvall in the feature film Kicking and Screaming. Other film credits include Under the Tuscan Sun, After the Sunset and The Family Man. She currently resides in Los Angeles, Calif.

More about the Private Practice stars