We all know Snow White’s deal. Her evil stepmother wants to remain “the fairest of them all” and nubile Snow is emerging as the kingdom’s new it-girl. What’s an evil queen to do? Kill the virgin, of course! 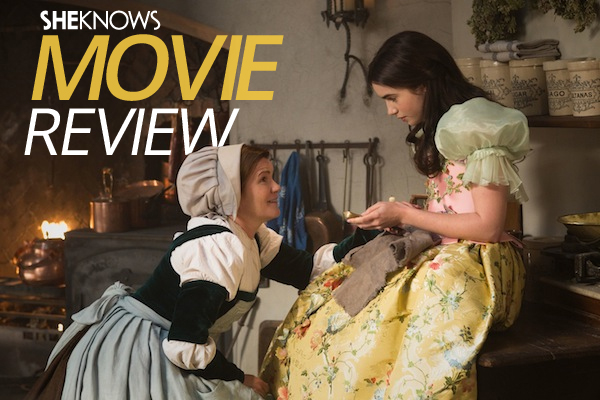 Though the Queen (Julia Roberts) in Mirror Mirror wants Snow White murdered, the maiden escapes and ends up living in a house of dwarves who have the nicknames and personalities made for a reality show. (Hey, Bravo network — I’m pitching The Real Housewife of the Seven Dwarfs if you’re interested.) This classic tale of Snow White’s dangerous plight was first collected and published in Germany by the Brothers Grimm in 1812. Two centuries later, Hollywood is still turning European folk tales like this one into movies every chance it gets.

In fact, there will be another Snow White flick this summer called Snow White and the Huntsman (starring Kristen Stewart), which seems like it will be a darker version of the tale. Regardless of the popularity of the maiden with skin like snow and lips red as blood, Mirror Mirror is light family fare, making a star out of the lovely Lily Collins (Snow White) and showcasing some truly extraordinary costumes. The mirror in question is magic (or psychotic, depending) and seems to be involved in a narcissistic love triangle with the Queen and Snow, one day declaring that Snow is now suddenly the hottest in the land, stirring up all kinds of trouble at the castle.

But who really wants a mirror telling you you’re getting old? I liken it to “fat” mirrors and “skinny” mirrors. Ladies, you know which is which and if you’re like me, you don’t peer into that one mirror at the gym that widens your rear end. But the evil Queen is obsessed with her own visage and her beauty regimen proves it. A bird poop facial, slimy worm moisturizer, even bees to sting her lips prove that the Queen will stop at nothing to remain the fairest in the land. Of course, none of this seems terribly shocking, as much stranger treatments happen in the offices of Beverly Hills plastic surgeons every day.

But it does unfortunately go to show how much women are still valued for their appearance 200 years after Snow White was first published. Given that we’re now in the 21st century, isn’t there room in this story for deeper themes like the anxiety of growing up/old or how to love oneself even in an unloving family? Or are simple themes like marrying a prince and living happily ever after the ones little girls want to see? It’s a question we should think about. That said, Snow does battle the beast of the forest alone and is rewarded for her bravery. I guess this princess does some butt-kicking after all.

Bottom line: This visually impressive fairy tale delivers on romance, picturesque sets and fabulous costumes. There’s even a swan dress Bjork would be jealous of! 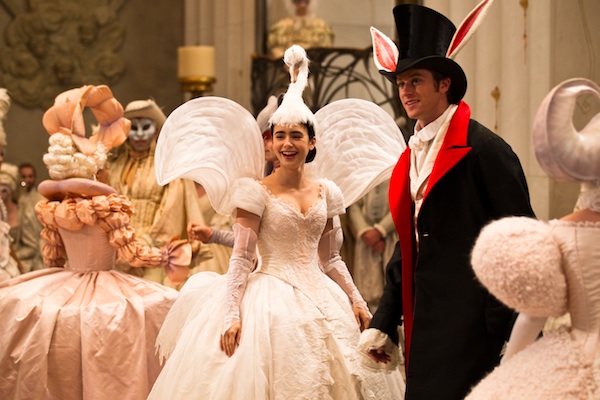