Can you smell the deja vu? Hollywood has been churning out adaptations, remakes and re-releases like it’s going out of style. Our columnist, screenwriter Abra Deering Norton, suggests maybe it’s time to ditch the brand names and give originality a chance. 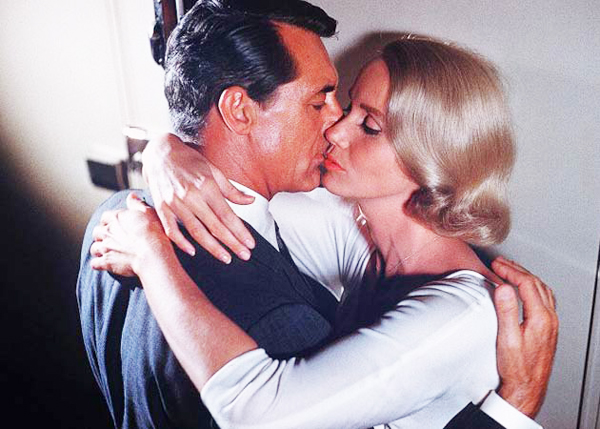 Please buy original scripts again. Remember those? I know you’re really, really biased toward pre-existing source material right now (and even making board games like Battleship into movies, and hey, it doesn’t look half bad but)… let’s not forget that there are actually some really great original scripts that just might make good movies.

Did you know that Alfred Hitchcock’s 1959 thriller North by Northwest was not, in fact, based upon Google Maps? No, siree. The film, starring Cary Grant and Eva Marie Saint, was actually inspired by a true event that a Hitchcock friend experienced when riding on a train. It was a journalist who’d heard a story about a fake agent who was created as a spy diversion. He then told Hitch about it and Hitch bought the idea and with the help of the brilliant Ernest Lehman — they wrote a script. It’s a lengthy script, almost 200 pages, but you shouldn’t let that scare you. These days, with writers procrastinating on Twitter, most scripts have a hard time crossing the 90-page mark. North by Northwest may be long but bar none it has one of the tightest first 17 minutes of any script and any film. So it just goes to show that original scripts can be good.

Please stop just making movies because something is already a brand. Aren’t you kind of tired of it? I mean, no one wants to see Tupperware the movie or Ziploc the sequel. No one. People who use Tupperware don’t even like Tupperware that much. Because at the end of the day it’s Tupperware. And Tupperware means leftovers brought to work because you’re on a budget.

I’m almost afraid to ask you this but do you know who Stanley Bostitch is? No, he’s not a disgruntled office worker but he could be: He’s a stapler. Or it is a stapler. That’s the brand name of office staplers. Which just goes to show you that not all brands make good movies because you will not be number one at either the international or domestic box office with a name like Stanley Bostitch. Unless perhaps the film is about a chess champion or an undercover cop.

I know, I get it, a lot of money is at stake and you need a sure thing but once upon a time people really liked good stories and something… I know this might scare you… they have not seen before. If that does scare you — maybe you give them something slightly new but they still haven’t seen before. Since North by Northwest became an all-time big movie classic, maybe you could make a movie about longitudes and latitudes? That’s a catchy title. It sounds like an Edward Albee play. You could call it The Prime Meridian or Zero Degrees… I can see it now… it’s a spy thriller. There’s some intrigue at each city point along the Meridian and at one point, our protagonist uses a GPS to find that he is, in fact, standing on a spot that reads: “0 degrees.” Then he hops aboard a train.

If Hitchcock taught us anything — it’s the best movie ideas come from riding on trains.