Jennifer Lopez may be all smiles on the outside, but she says her divorce from Marc Anthony is not nearly as effortless as they make it look. 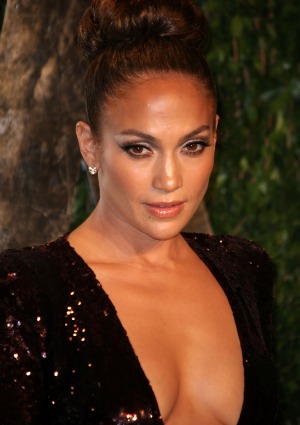 Think all is hunky dory between Jennifer Lopez and Marc Anthony? After all, despite their divorce they are still pushing ahead with their talent show Q’Viva! and acting like the new Sonny and Cher while doing the publicity rounds, Lopez said behind the scenes it is much harder than it looks.

In an upcoming interview with Vogue, the American Idol judge addressed Anthony’s behavior during his own interview with the mag, during which he was guzzling beer and smoking like a chimney.

“He’s still doing it! Look we are total opposites that way,” Lopez said. “I’m used to that from growing up where I did. The men kind of drink beer and smoke cigarettes, and women kind of like… don’t. But those things were not the issue so much. It became about something else.”

“Without going into detail… it’s just really, really sad. And look, we are still going through it, and it’s emotional sometimes and difficult. We’re still friends — and we’re parents,” she said. “But it’s going to take time. It’s tough. But for the most part, I feel very proud of the way we’re handling it. I really do. We are doing the best we can for the kids.”

Lopez’s interview was done the same day that she and Anthony appeared on The Ellen DeGeneres Show doing their whole affectionate-bickering thing.

“What you saw today, on Ellen, it’s very dignified and trying to be above all the emotions and pain that come along with a divorce and a family breaking apart,” she explained. “This is grown-up stuff. It’s real, serious, grown-up stuff.”

Read the rest of the Jennifer Lopez interview in the April 2012 issue of Vogue.