Karina Smirnoff is a busy girl: She’s training Gavin DeGraw for the new season of Dancing With the Stars and possibly dating Owen Wilson. Whoa, does this girl have time for sleep? 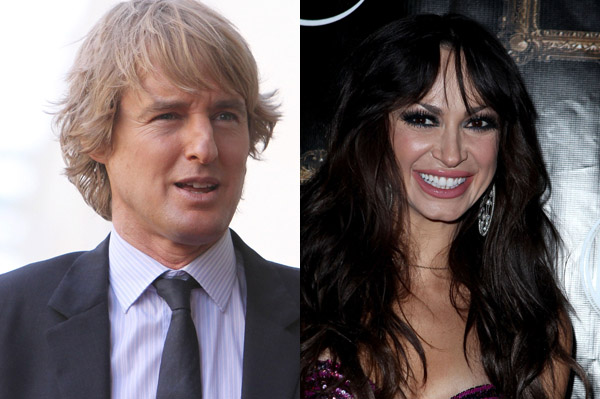 Karina Smirnoff recently broke off her engagement to baseball player Brad Penny, but it sounds like she’s recovering nicely with actor Owen Wilson. The Dancing With the Stars pro has reportedly been seeing the Wedding Crashers actor for a few weeks.

“They’ve been out a few times,” a source told Life & Style of their secret dates.

“Owen wanted the freedom to do what he wanted with his friends, both male and female, while remaining a family unit with Jade and the baby,” a source close told the National Enquirer after the breakup. “But Jade wasn’t willing to go along with that, so Owen decided to end things with her instead of cheating behind her back.”

So, can we expect to see Wilson in the audience when Smirnoff competes with singer Gavin DeGraw on the new season, starting on March 19? Don’t bet on it — other sources say they aren’t dating and barely know each other.

“There is nothing there,” the in-the-know snitch told E! News. “They ran into each other once randomly. They are friends but not dating at all.”

We just want Smirnoff to be happy, though that seems to be inaccessible for the svelte dancer. Before Penny, she was engaged to DWTS bad boy Maksim Chmerkovskiy and dated Mario Lopez. She tried to stay friends with Chmerkovskiy after the breakup for the sake of work, though that didn’t work out as well as they wanted.

“It’s difficult, but we’re trying to work it out,” he said in 2009. “It’s not about the show. It’s just us. To me it was never about anybody else or the show. It was about us. That’s what was important to me. We’ll see how it goes.”

Do Owen Wilson and Karina Smirnoff make a good couple?