Rihanna defended her decision to work with her abuser Chris Brown, saying the collaboration was just good business. Do you agree? 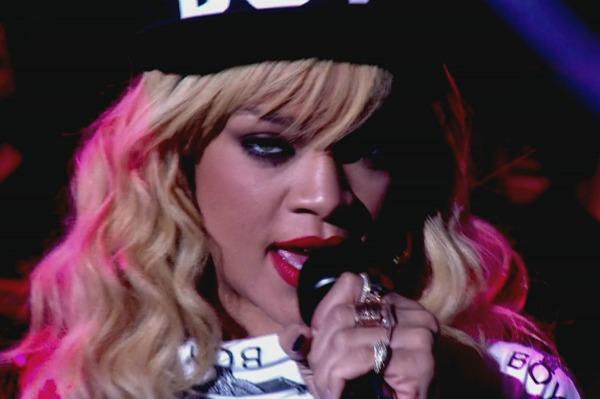 Would you willingly work with an abuser who bashed your face in after you confronted him about cheating? Probably not, but Rihanna seems to think it’s a great idea. After it was revealed that she would be collaborating with ex-boyfriend and convicted assaulter Chris Brown there was a huge public backlash — but RiRi says it’s really no big thing.

The singer rationalized her decision to Ryan Seacrest on his radio show this morning.

“The first song that came about was ‘Birthday Cake,'” she said. “We ended up recording [the two songs] at the same time and executing them together.”

“But I reached out to [Brown] about doing ‘Birthday Cake’ because that’s the only person that, really, it made sense to do the record.”

Rihanna’s dad has the worst advice ever >>

“Just as a musician, despite everything else, that was going to be the person,” she explained, glossing over the night Brown assaulted her. “You know, I thought about rappers, and I’ve done that so many times, and the hottest R&B artist out right now is Chris Brown. So I wanted him on the track and then in turn he was like, ‘Why don’t you do the remix to my track?’ And it was a trade-off.”

“We did two records. One for my fans. One for his fans, and that way our fans can come together. There shouldn’t be a divide. You know? It’s music, and it’s innocent,” Rihanna explained.

Tell us: Should Rihanna be working with Chris Brown again?