HBO has canceled the racing drama Luck after a third horse died while shooting. The mystery remains: Did they do it to escape a legal problem? 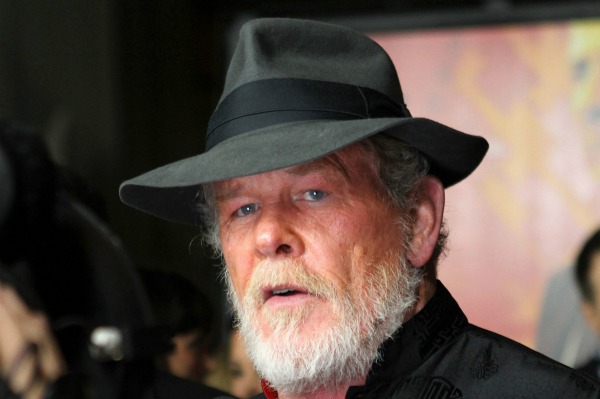 The horse racing drama Luck, starring Nick Nolte and Dustin Hoffman, has been canceled by HBO after a third horse was felled during filming.

“It is with heartbreak that executive producers David Milch and Michael Mann together with HBO have decided to cease all future production on the series Luck,” the cable network said in a statement.

“Safety is always of paramount concern. We maintained the highest safety standards throughout production, higher in fact than any protocols existing in horse racing anywhere with many fewer incidents than occur in racing or than befall horses normally in barns at night or pastures.”

“While we maintained the highest safety standards possible, accidents unfortunately happen and it is impossible to guarantee they won’t in the future. Accordingly, we have reached this difficult decision.”

“We are immensely proud of this series, the writing, the acting, the filmmaking, the celebration of the culture of horses and everyone involved in its creation.”

The move came just two days after PETA notified Los Angeles law enforcement about the disturbing conditions the horses on the drama endured, including being forced to race for the cameras despite being too old and sick to do so.

“Knowing that old, unfit and drugged horses were forced to race for this series, PETA is glad that HBO has finally decided to cancel the show. We thank the whistleblowers who refused to let these horses’ deaths go unnoticed,” PETA said in a statement.

“Should Milch, Mann and HBO decide to start the series up again, PETA will be calling on them, as we have done from the start, to use stock racing footage instead of endangering horses for entertainment purposes. PETA has called on law enforcement to investigate the deaths of the horses used on the set and to bring charges as appropriate.”

The show may have been more trouble than it was worth for the network, who previously renewed Luck for a second season despite drawing an average of just 625,000 viewers per episode.