Jennie Garth and Peter Facinelli deny that their split was caused by him cheating. Do you believe them, or is the Nurse Jackie actor just trying to save face? 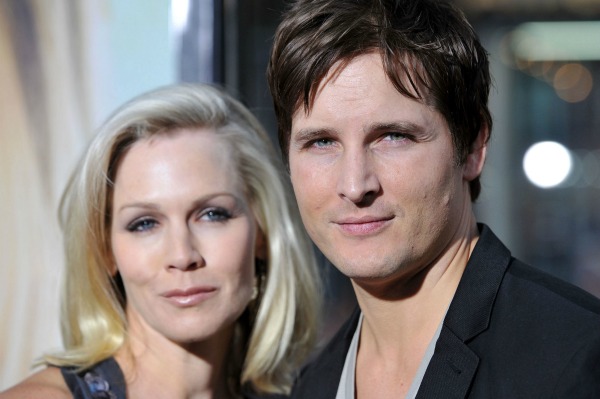 Rumor has it the cause of the Jennie Garth and Peter Facinelli split is the usual culprit: cheating. But is that really the case? Despite inside sources saying yes, the soon-to-divorce couple is in full denial mode.

After rumors surfaced yesterday that Facinelli had an affair with a Canadian he met while filming Breaking Dawn, the former couple said it just ain’t true.

“There are rumors out there which are completely untrue and hurtful to our family,” the pair told People. “We just want to make it very clear — there are no third parties involved.”

Yesterday a source told Scallywag & Vagabond that Facinelli strayed while filming the final installments of The Twilight Saga.

“Peter had been seeing another woman for quite some time,” the insider claimed. “They tried to make it work for the sake of their children and Jennie played housewife for as long as she could but finally had enough.”

Rumors that the couple were on the outs surfaced as early as last July, when Garth was said to have moved out of the couple’s Los Angeles home. They confirmed their split after 11 years of marriage earlier this week, saying, “While we have decided to end our marriage, we both share the same deep love and devotion to our children. We remain dedicated to raising our beautiful daughters together. We ask for privacy and respect during this time.”

Tell us: Do you believe that Peter Facinelli didn’t cheat?