Now that William and Kate are happily married, when will Prince Harry settle down? He explains that a royal romance is not as ideal as it looks. 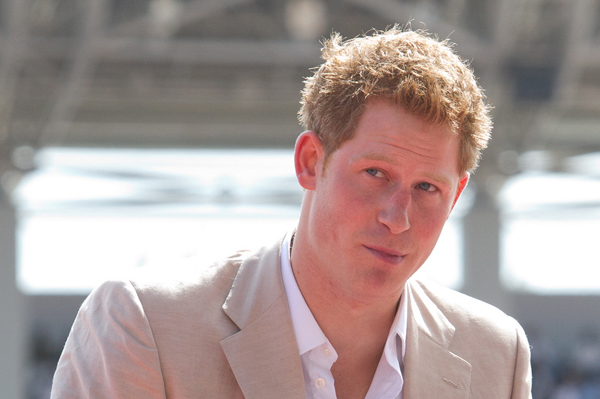 When Prince William and Kate Middleton exchanged vows a year ago, the fascination with the royal family skyrocketed as we all wondered who would be the lucky ones to end up with Prince Harry or Kate’s sister, Pippa. The only thing better than a fairy tale’s happy ending is an equally amazing sequel!

However, Prince Harry sat down with CBS News this week and candidly opened up about the woes of royal romances. When asked if his love life paralleled the fairy tale ideal, he responded, “No, not at all.” How is this even possible?

“As any girl will tell you. It’s that sort of, ‘Oh my God, he’s a prince,’ but, no,” he explained. “The job that it entails… look at me, I’m 27 years old and not so much searching for someone to fulfill the role, but obviously finding someone that would be willing to take it on.”

It’s not a simple search, since people are so fascinated with the royal family altogether. He reflected on his place in a cultural phenomenon after finishing a 10-day, four-nation tour in honor of the queen’s Diamond Jubilee:

“It has been slightly strange, this trip especially, because the fact that I’ve been representing my grandmother… people go crazy for royalty — people go crazy for David Beckham. The Commonwealth countries, fine, I can understand the hype, but the warmth of reception was beyond anything I’d ever expect.”

Yet, he’s happy when he’s surrounded by people who aren’t aware of his regal identity — kids!

“Obviously, hopefully me being me has brought a certain amount of attention to a place that needs attention… I’m very much a kid inside myself,” he said. “As far as they’re concerned, they haven’t a clue who I am. They just think I’m a tall white guy who they can hang off and I can throw them around.”

Prince Harry: The queen is funnier than me
The royal family is mad at Kanye West
Pippa Middleton skis her famous butt off in Sweden