Charlize Theron is reveling in motherhood today after adopting a baby boy. When the heck did this happen? Read on to find out! 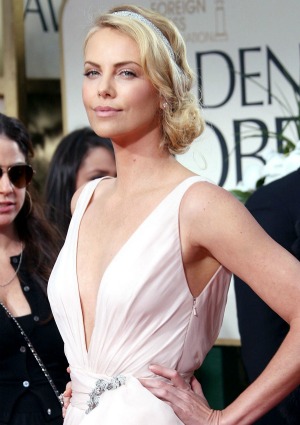 The newest addition to the Hot Hollywood Moms club is Charlize Theron! The Young Adult star has adopted a baby boy, her rep confirmed in a media statement.

“Charlize Theron has adopted a child. She is the proud mom of a healthy baby boy named Jackson,” the rep said.

The Academy Award-winning actress was spotted on the set of Snow White and the Huntsman snuggling an infant in January, but media reports stated the child belonged to a friend. Now we know it was her new bundle of joy!

The gorgeous blonde is going it alone and enjoying single motherhood. She ended her nine-year relationship with fellow actor Stuart Townsend in 2010 and has only been casually attached to a few guys since then — but now little Jackson is the main man in her life.

Not that a mate matters all that much to Theron. Despite her penchant for serial monogamy, the star said that marriage isn’t all that important to her.

Love scene with Charlize Theron was a “nightmare” says costar >>

“I treat my relationships like marriages, I really do,” she said. “[Marriage was] never something that was important [to me].”

Not a surprising attitude coming from someone with such a brutal family history: Her abusive, alcoholic father was shot dead by her mother in self-defense after he threatened to kill both of them.

Congrats to the new mom!