After years of amazing feats and eating gross stuff, Bear Grylls is searching for his next adventure after being dumped by The Discovery Channel. 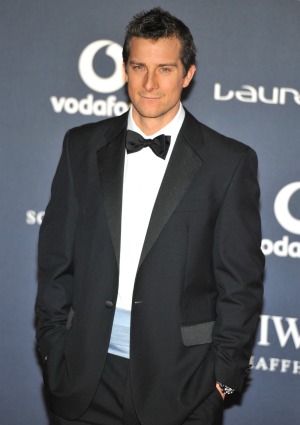 If you want to check out more of Bear Grylls and his cute butt climbing rocks, swimming across frigid rivers and eating the nearly-rotten flesh of dead animals off the ground, you’ll have to turn to reruns. After six years, Discovery has terminated its relationship with the star of Man vs. Wild.

“Due to a continuing contractual dispute with Bear Grylls, Discovery has terminated all current productions with him,” a network spokesperson told The Hollywood Reporter (THR).

A source told the industry mag that Grylls was unwilling to participate in two never-announced projects he had contracted with them for — but the man himself hinted at a deeper problem.

“Bear’s goal has always been to make life-empowering shows for his many fans around the globe, and he has taken great risks to bring Discovery such award-winning programming over seven seasons,” his rep Heather Krug said in a statement to THR.

“Unfortunately, Bear and Discovery have not been able to come to mutual agreement on new programming, and he disagrees with Discovery’s decision to terminate current productions. Bear has loved the Man vs. Wild journey and looks forward to producing further cutting-edge content again soon for his loyal audience.”

But Grylls, a former member of the British Army’s Special Air Service, isn’t letting it get him down.

“Super proud of my team and all they’ve built with ManVsWild. Looking forward to the next set of Adventures!! #TEAMBG,” he wrote on Twitter Tuesday.

“Thank you fans for your support!! Do not go where the path may lead, go instead where there is no path and leave a trail.”

If you simply can not live without your dose of Bear, look for his book Mud, Sweat and Tears to be released in the U.S. in May — it’s already a bestseller in Australia and the U.K.