We all have some apps for the iPhone and iPad that we can’t live without. Read on to find out which ones we use on our devices: All. The. Time. Shhh… don’t tell anyone we’re slacking! 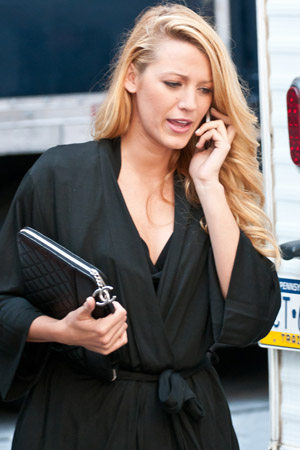 Check out our picks for best entertainment apps for the iPhone and iPad:

The new app Popcornflix allows us to watch free films directly on our iPhones and iPads. Yes, you read that right: free.

“The app makes it easy for users to browse and select from hundreds of theatrically released and independent titles in a wide range of genres,” the makers of Popcornflix told us recently. “With over 300 free films available to watch instantly and an expected 1,000 films available by end of 2012, there’s something for everyone!”

Speaking of Redbox… isn’t it just the best? Now we can just pull up to a box and rent the latest Ryan Gosling flick for just over a buck. Everyone is catching on to the craze these days, so the movie you want to see might not be available when you want it. The iPhone and iPad app for Redbox can help, though — simply log on and reserve the movie you want and Ryan will be waiting for you to arrive.

Watching free movies is awesome, but sometimes we want to watch our favorite television shows on the go. That’s where the Hulu Plus app comes in with its nearly limitless list of our favorite shows like Family Guy, Modern Family and SNL. The app also gives us access to those old school shows we still love, like Buffy the Vampire Slayer, all for a low price. Suh-weet.

Ever feel like the lame-o kid at the party when your friends talk about some new viral photos or meme that have taken over the web in the 2.5 hours since you logged off? We felt the same way, until we discovered Buzzfeed. The popular website has an iPhone, iPad and Android app that keeps you up-to-date on the latest in viral goodness.

We’re not about to jeopardize our opportunity to see The Hunger Games on its opening day. Everyone else feels the same way, so we’re glad that Fandango has an iPhone app that allows us to reserve our tickets at a variety of theaters. The app also offers movie info, trailers and e-ticketing, so you can save the planet while watching Katniss battle the competition in the Capitol.

Which entertainment apps are your faves? Give us more ideas for our phones and iPads.