Sofia Vergara’s 40th birthday is just around the corner! See why the Modern Family actress is thinking about planning a trip to the doctor’s office for the occasion. 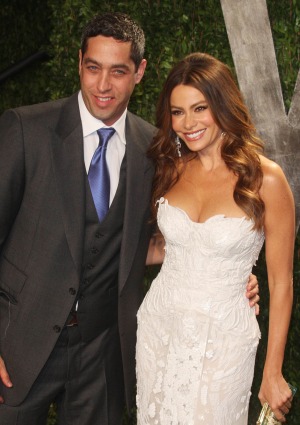 Sofia Vergara‘s enviable eggs are about to get iced. The 39-year-old actress, who will turn 40 in July, is taking her age and future fertility into consideration before she blows out any more candles.

The Modern Family actress isn’t quite ready to start a family with boyfriend Nick Loeb, so that means making back-up plans for down the road. “I guess I am going to think about freezing my eggs,” Sofia Vergara told the April issue of InStyle.

The curvaceous actress, who is already the mother of a 19-year-old son from a previous relationship, has found her name pitted against much younger counterparts. “I am on these lists for ‘best a**’ or ‘most beautiful’ with women like Mila Kunis, who’s, like, 20 years old,” she said. “I have a son that age!”

Of celebrating four decades of life the Colombian actress said, “I don’t really care. But doesn’t that sound hideous? I remember thinking when my mom was 40 that she was already done.”

Luckily for Sofia Vergara, life is looking up with boyfriend Nick Loeb at her side. The pair met in 2010, and she isn’t afraid to admit it was what was on the outside that first had her interested.

“The most important thing was that he was very handsome,” she shared of her initial attraction to the businessman. “But he was also very funny, talking s**t to me like a normal person.”

Along with being a Covergirl spokesperson, Sofia Vergara has launched a line for K-Mart. “I love jewelry — rings, earrings, bracelets, necklaces, you name it,” she confessed. “If my stylist didn’t stop me I’d go out looking like a Christmas tree.”

Somehow, we think she could pull it off. Happy early birthday wishes to Sofia Vergara!