Does Justin Bieber have game? Mark Wahlberg thinks the pop star has enough of it to play alongside him on the big screen. 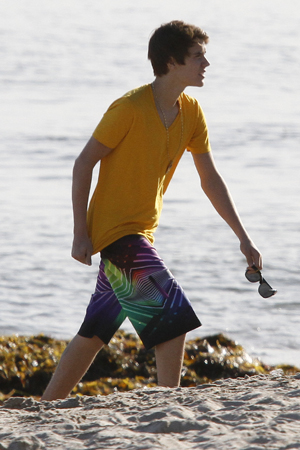 Though Justin Bieber has taken the teen world by storm, he has yet to conquer the big screen with a real blockbuster hit — not counting his 3-D concert movie, of course. However, that may all change very, very soon!

This past weekend, Mark Wahlberg told MTV News that his upcoming basketball movie is already well into the development phase. Even though the project has yet to receive any kind of official green light, Wahlberg is set to play a weathered basketball player who takes a protégé under his wing. The teen singer will co-star as the young talent on the court.

The actor stressed that the wait will be worthwhile, since he wants to ensure that the quality is present in every page.

“It certainly [has to be] something that’s good enough to go and have green-lit and make right away,” he said. “But I think it will be well worth the wait.”

He also explained that casting Bieber as his successor in the film was a result of following his gut.

“I’m pretty intuitive,” he said. “I see the guy and spent time with him, and you see what he does and how he does it, and then you actually have a conversation with him, and it’s there.”