It can’t be easy for couples to keep it together while being split up for months at a time. How did Miley Cyrus and Liam Hemsworth survive The Hunger Games? 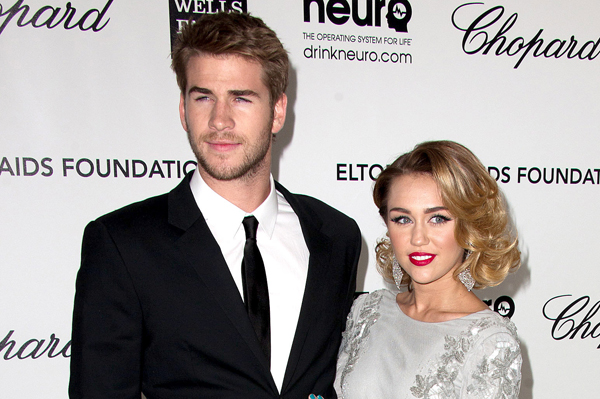 As we all already know from both the books and the teaser trailers, filming The Hunger Games must have been demanding for the up-and-coming young Hollywood actors who are about to be bombarded by fame from fans of all ages. So how did Liam Hemsworth do?

E! News talked to the actor and Miley Cyrus while at the premiere in Los Angeles, and Hemsworth’s leading lady commented, “I think the hardest part for Liam was being away from me.”

She wasn’t trying to be conceited, though. “And his brother and his family,” she elaborated. “At least he’s not in a tour bus and is in a nice hotel somewhere. It’s a little less bumpy, a little more sleep.”

However, Liam expressed that the traveling aspect of an actor’s job is actually one of his favorite perks.

“On one hand, it’s hard being on your own, but on the other, I’m making movies and it’s something I love,” he said. “One of the great things about this job is traveling, getting to see the country and the world.”

And though everyone is excited for the movie to be released, has his own girlfriend caught the Hunger Games buzz yet?