Goldie Hawn and Kurt Russell have been hot and heavy forever but never sealed the deal with a wedding ring. Why not? Goldie blames the kids. 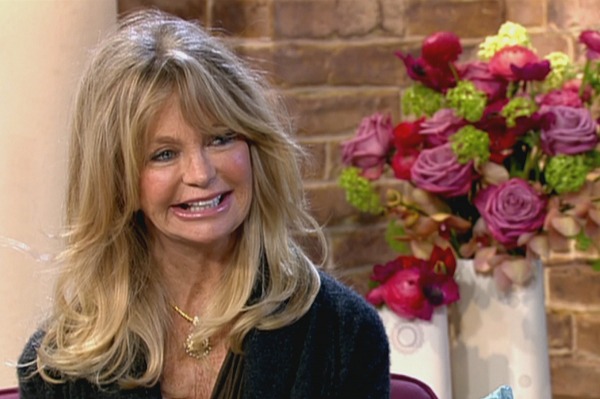 They’re perfectly happy without that little piece of paper, but still we can’t help but wonder exactly why Goldie Hawn and Kurt Russell never married. Was it because they had both been burned in previous relationships? At first, yes. But ultimately it was their kids who decided for them.

Hawn explained the sitch during an appearance on the U.K. TV show This Morning.

“The beautiful thing was he had children, and I had children — it was a different kind of romance because we loved the kids so much, it was all about the family,” she said. “When we got together we had much bigger, broader views which was how much could he love my children.”

Those children include actors Kate Hudson and Oliver Hudson, Hawn’s kids with her second husband, as well as Russell’s son Boston and their son together, Wyatt.

“I didn’t want to be married because I did that already, and it didn’t work, so why would I do it again? Kurt felt the same way,” Hawn said. “We were in love, and at that point in time a piece of paper, to us, didn’t mean anything. I failed twice, he failed once.”

Goldie Hawn parties then crawls into her limo at 4 a.m. >>

Ultimately they left the decision up to the kids — and the idea was totally vetoed.

“We asked the kids after we’d been together about five years, ‘What do you think, should we get married?’ and they all went, ‘No! We love it!’ So we didn’t get married.”

Interesting, considering Kate Hudson was married, divorced and is now engaged again and Oliver Hudson is happily married. It seems like they did at some point decide the grass was greener.